After Kronos: Next Steps for Jeffrey Zeigler
NewMusicBox
Written By

After Kronos: Next Steps for Jeffrey Zeigler

Two weeks ago, the new music world received the news that after eight seasons cellist Jeffrey Zeigler would be stepping down from his position with the Kronos Quartet. We asked him what’s next.

Two weeks ago, the new music world received the news that there would be a new face with the Kronos Quartet. Cellist Jeffrey Zeigler had decided to move on from the group and come back to New York City, while Kronos announced the addition of 28-year-old Sunny Jungin Yang to fill the cello position beginning in May. Just a couple days after the announcement, I was able to speak with Jeff about this important change in his career and what adventures lay ahead for him. 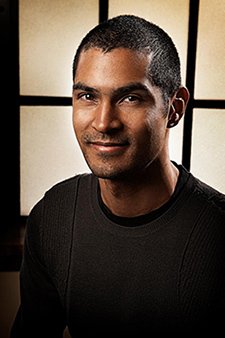 Rob Deemer: How did you first join up with Kronos?

Jeffrey Zeigler: Before I joined Kronos, I had been playing with the Corigliano Quartet for about six years. At a certain point I decided that I needed to change direction, so I moved back to New York to pursue a career as a freelance musician. I had lived in New York previously but had never given freelancing life a real shot. I thought it would be an exciting and dynamic life, just like the city itself. I started doing some chamber music concerts and some off-off-off-off Broadway shows, but I knew that the area that I really wanted to get involved in was the contemporary music scene. I eventually found myself in a recording session with the group, counter)induction. It turned out that the producer of the recording was Judy Sherman, whom I had worked with many times with the Corigliano Quartet. She asked me what I was doing that summer. I proudly told her that I had no plans at all since I had recently accepted a teaching position at Smith and Mt. Holyoke Colleges and my girlfriend (composer Paola Prestini, now my wife) and I were planning on taking a summer trip down to Mexico! Two days later, I got a call from David Harrington, and the rest is history.

RD: Can you shine some light into your decision to move on from the quartet?

JZ: I’ve been playing with the quartet for eight seasons now, and it’s been both amazing and fantastic. The organization, the music-making, the artists and composers we work with—it’s really been a wonderful time and I feel so fortunate to have had a front row seat to some of the most innovative and creative work that’s going on anywhere. But just as a spoiler alert, there’s no juicy story here—David, John, Hank, and I are working together extremely well up to this very minute, and we’ll continue to be friends and colleagues for life after I step down in May. I’ve made some really strong friendships here, and I feel very supported by the entire organization.

The reasons why I’ve made the decision to step down from Kronos are three-fold. One is that I’ve been itching to get involved with various solo projects and collaborations. I’m looking forward to working with several composers on my own and to get the chance to collaborate with other artists. On an extremely limited basis, I was able to branch out a little while playing with the quartet. But because of the intense touring and recording schedule I just found it impossible to find the right balance of time.
The second part is that I had never imagined a career without teaching. This is an idea that’s been embedded in my mind from the start. I was once told by one of my cello teachers that a life in chamber music goes hand-in-hand with teaching. I am very excited to able to join the faculty at Mannes College The New School For Music and I look forward to working with my new colleagues.
The third reason is my family. Although touring is an important part of any musician’s life, Kronos is on the road for almost six months a year. I have a young family and I miss my wife and young son every day when I’m out of town. I think that this will be a healthier way for me to balance my time between touring and my at-home life.

RD: So what are the new projects that you’re working on?

JZ: There are a number of collaborations that I’m very excited about. Three projects I’m working on right now include a trio with the German pianist Hauschka and the Finnish drummer Samuli Kosminen; another is a collaboration with [jazz pianist] Vijay Iyer, [bassist] Scott Colley and [drummer] Satoshi Takeishi; and finally a duo with [pianist] Alessio Bax. I’m also going be premiering a new cello concerto by the Canadian composer Scott Good. This is an especially interesting piece because it’s a concerto for cello with jazz band—it’s mostly written out but there are some improv sections as well—and I’ll be premiering it with the Vancouver-based Hard Rubber Orchestra later this year.

I have a couple of solo albums that I’m working on at the moment along with several new commissions by Nico Muhly, Bryce Dessner, Glenn Kotchke, Anna Clyne, Mohammed Fairouz, Richard Reed Perry, and also my interviewer, Rob Deemer! For more info and details, please check out my new website.

I would also like to point out that much of this will be difficult to bring to life unless we reach our Kickstarter fundraising goal! I’m currently involved in a two-month funding campaign through Kickstarter that we’re about 80% through with one week left. This will support the creation of the recording label of VisionIntoArt, the organization directed by my wife, Paola Prestini. The three initial recordings on this new label will include a Double Violin Requiem by Anna Clyne, Paola’s opera Oceanic Verses, and my solo album.
Being a part of this campaign recently inspired me to write a blog post on Paul Katz’s site, CelloBello. The piece looks at Alix Spiegel’s NPR story on Robert Cialdini and the Rules of Reciprocation and how they relate to our current trends in fundraising.
RD: I noticed recently that Mannes has just hired a number of high-profile musicians to their faculty in addition to yourself, including pianist Jeremy Denk, composer Missy Mazzoli, and violinist Miranda Cuckson. What’s driving these new additions and how did your working with them come about?

JZ: Richard Kessler is a real visionary—we’ve known each other for several years—and he has new ideas on how to bring the conservatory into the 21st century and beyond. Obviously the world has changed quite a bit over the past 100 years, especially for musicians, but the core curriculum for conservatories has hardly changed in that time. Richard is very aware of this dichotomy and I think he’s looking for new ways to innovate and truly prepare today’s musician for tomorrow. I admire his vision and I’m looking forward to working there with all of that uptown excitement.

JZ: The eight years I’ve spent with Kronos have been eight wonderful years and I feel so much gratitude to my colleagues and the organization for a wonderfully creative and supportive time, especially as we take this next step into the future. I think that Sunny Yang will be a great fit for the quartet. As for myself, I’m very excited to be moving back to New York City with my family and to embark on all of these new adventures.