The American Academy of Arts and Letters announced today the sixteen recipients of this year’s awards in music, which total $185,000. 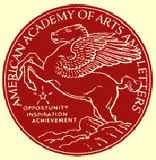 The American Academy of Arts and Letters announced today the sixteen recipients of this year’s awards in music, which total $185,000. The winners were selected by a committee of Academy members: Ezra Laderman (chairman), Samuel Adler, David Del Tredici, John Harbison, Tania León, Fred Lerdahl, and Joan Tower. The awards will be presented at the Academy’s annual Ceremonial in May. Candidates for music awards are nominated by the 250 members of the Academy.

Arts and Letters Awards in Music
Four composers will each receive a $7500 Arts and Letters Award in Music, which honors outstanding artistic achievement and acknowledges the composer who has arrived at his or her own voice. Each will receive an additional $7500 toward the recording of one work. The winners are Steven Burke, Tom Cipullo, Donald Crockett, and Kamran Ince.