About Those 2016 Grammy Nominations

Media pundits will probably debate whether the latest from Taylor Swift, Kendrick Lamar, or The Weeknd will get the nod as 2016 Album of the Year, but the choice for Best Contemporary Classical Composition might ultimately be more interesting; it certainly seems even more competitive. 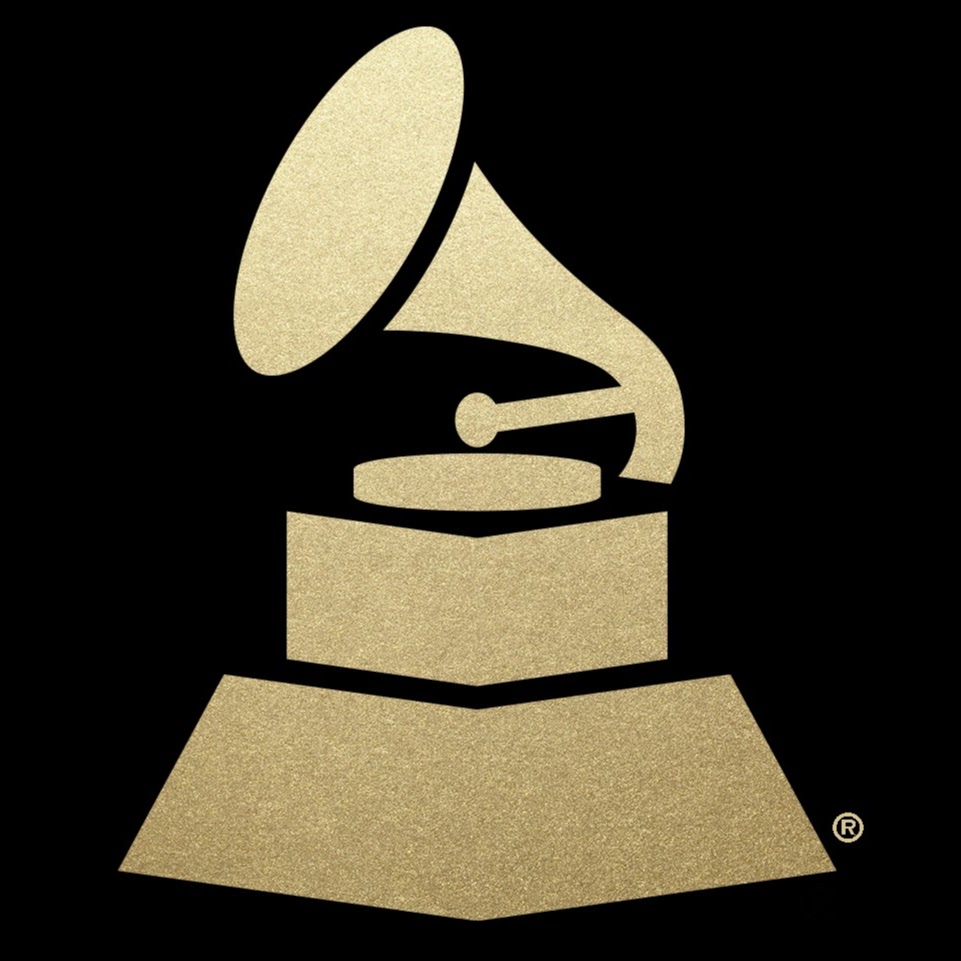 The 58th annual Grammy Award nominations were announced by The National Academy of Recording Arts and Sciences this morning. The Grammy ceremony will take place once again at L.A.’s Staples Center on Feb. 15, 2016, and will be broadcast on CBS. A complete list of nominations in all 83 award categories is available on the Recording Academy’s website.

For the next few months media pundits will probably debate whether the latest from Taylor Swift, Kendrick Lamar, or The Weeknd will get the nod as 2016 Album of the Year, but the choice for Best Contemporary Classical Composition might ultimately be more interesting. It certainly seems even more competitive. Odds might favor Julia Wolfe’s Anthracite Fields (just released by Cantaloupe Music in September in a performance featuring the Bang on a Can All-Stars joined by The Choir Of Trinity Wall Street conducted by Julian Wachner) since it was already awarded the 2015 Pulitzer Prize in Music back in April and the 2015 Best CCC Grammy went to John Luther Adams’s Become Ocean, a work beloved by Taylor Swift, which was awarded the Pulitzer last year. However, it might be too soon to rule out Andrew Norman’s Play since it has been hailed by several influential music critics as possibly the most important 21st-century orchestral work. Also, the Grammy adjudicators love anniversaries and it is the 20th anniversary for the folks performing Play on the recording, Gil Rose’s Boston Modern Orchestra Project, who have also recently been named Ensemble of the Year by Musical America.

Then again, the only thing that gets the Grammy folks to pay attention more than a big number anniversary is memorializing someone. Another one of the 2016 nominees, Prayers and Remembrances by Stephen Paulus, fits that category on multiple levels. Friends of people who were killed on the September 11, 2001 United and American Airline flights commissioned it for a performance on the 10th anniversary. And the recording the work is included on, an all-Paulus choral disc titled Far in the Heavens, was the final disc of Paulus’s music recorded under his supervision since shortly after the recording sessions Paulus suffered a stroke from which he never recovered and died in October 2014. However, Grammys sometimes beget other Grammys. The only nominee who has previously won is Joan Tower—in 2008, for Made in America recorded by Naxos. This year Tower is up for the honor once again for her 2010 composition Stroke, also on Naxos. So the only longshot this year is The Importance of Being Earnest, a 2010 Oscar Wilde-inspired opera by Irish composer Gerald Barry released by the British label NMC Recordings, which was surprisingly overlooked for Best Opera recording (all nominated operas are by long dead composers) even though the star of Earnest is the phenomenal Barbara Hannigan and the recording is conducted by Thomas Adès. So if Barry’s opera were to actually win, it would vindicate the Grammy’s sin of omission in the other award category.

While recordings of operas by contemporary composers appear to have been locked out of the Best Opera nominations, nominations in other classical categories include more recent fare. Contemporary music dominates the repertoire of discs nominated for Best Chamber Music/Small Ensemble Performance. Aside from discs devoted to Brahms and Shostakovich, everything else is cutting-edge new. All nine of the works featured on Render, the vocal ensemble Roomful of Teeth’s latest New Amsterdam disc, are world-premiere recordings (including Missy Mazzoli’s Vesper Sparrow, which is among the works chosen to be performed at the 2016 ISCM World Music Days). Four of the five pieces on Filament, a Cedille disc by the sextet eighth blackbird, are also world premieres; the only “old” piece is Philip Glass’s 1968 composition Two Pages, although 8bb’s arrangement for this work whose instrumentation is left up to the performers is the first for this specific instrumental combination. The remaining nominee is Tom Flaherty’s Airdancing, a work scored for toy piano, piano, and electronics performed by Nadia Shpachenko and Genevieve Feiwen Lee on Shpachenko’s album Woman at the New Piano (on Reference Recordings). So all bets are off on who the winner will be. In the Best Choral Performance category, the aforementioned all-Stephen Paulus recording, Far in the Heavens (performed by True Concord Voices and Orchestra under the direction of Eric Holtan), seems a favorite, but in addition to competition from recordings devoted to Monteverdi, Beethoven, and Rachmaninoff, another nominee, Pablo Neruda: The Poet Sings, is an all-American choral disc performed by Conspirare under the direction of Craig Hella Johnson featuring works by Donald Grantham, Shawn Kirchner, and Cary Ratcliff.

Woman at the New Piano has also been nominated for Best Classical Compendium, as has Ask Your Mama, a Langston Hughes-inspired, polystylistic multi-media gesamkunstwerk composed by Laura Karpman (Avie Records) and another album devoted to the music of Stephen Paulus—a Naxos disc containing Veil of Tears for strings and two of his concertos, the Grand Concerto for organ and orchestra and Three Places of Enlightenment for string quartet and orchestra. The only recording of music by a living composer to be nominated for Best Classical Instrumental Solo is Ursula Oppens’s new Cedille recording of Frederick Rzewski’s The People United Will Never Be Defeated, but considering how many recordings of that piece have now been made (including a previous one by Oppens, which was its first), it is tempting to think of it as standard repertoire as well. Ask Your Mama is also up for Best Engineered Album and its engineer, Judith Sherman (who also was behind the console for the Rzewski disc) is in the running for Producer of the Year, Classical facing off against Blanton Alspaugh, Marina A. Ledin and Victor Ledin, ECM’s Manfred Eicher, and Dan Merceruio of Sono Luminus. The New Zealand Symphony Orchestra’s recording of Symphony ‘Humen 1839’, a joint composition by husband and wife Zhou Long and Chen Yi, is up for Best Orchestral Performance, as is an all-American disc (on Pentatone) performed by the Oregon Symphony conducted by Carlos Kalmar entitled Spirit of the American Range which includes works by George Antheil, Aaron Copland, and Walter Piston. Another orchestral disc, a Naxos all-Christopher Rouse album performed by the Albany Symphony conducted by David Alan Miller, has strangely been nominated for Best Classical Solo Vocal Album. While the disc contains Kabir Padavali, one of Rouse’s few vocal compositions and a total winner, and soprano Talise Trevigne’s performance of it is stunning, it is only one of two works on the album; the other work—the piano concerto Seeing which features pianist Orion Weiss—is completely non-vocal.

Scores by Alexandre Desplat (The Imitation Game), Justin Hurwitz (Whiplash), Jóhann Jóhannsson (The Theory of Everything), and Antonio Sanchez (Birdman), and Hans Zimmer (Interstellar) are the finalists for Best Score Soundtrack for Visual Media whereas brand new works will face off against two 1951 scores that have been revived this past year for Best Musical Theater Album. Lin-Manuel Miranda’s Hamilton, Jeanine Tesori’s Fun Home and Something Rotten! by Karey Kirkpatrick and Wayne Kirkpatrick will be challenged by Rodgers and Hammerstein’s The King and I and a stage adaptation of the George Gershwin-songed motion picture An American in Paris.

In the various jazz categories, Joey Alexander, Christian McBride, Donny McCaslin, Joshua Redman, and John Scofield have all been nominated for Best Improvised Jazz Solo and albums by Alexander and Scofield will compete against discs by Terence Blanchard, Robert Glasper, and Jimmy Greene for Best Jazz Instrumental Album. Nominees in this category are exclusively for smaller combos since the Grammys offer another award, Best Large Jazz Ensemble Album, for bigger groups; the 2016 contenders for that accolade are the Gil Evans Project, Marshall Gilkes and WDR Big Band, Arturo O’Farrill and The Afro Latin Jazz Orchestra, Patrick Williams, and the Maria Schneider Orchestra. Maria Schneider, of course, was the recipient of the Best Contemporary Classical Composition Award for her Winter Morning Walks in 2014; 21st-century music reality, unlike the Grammy Awards, is not neatly compartmentalized into distinguishable musical genres.

Perhaps the strangest of all Grammy categories is Best Instrumental Composition which perversely excludes works nominated for Best Contemporary Classical Composition from consideration—although one of the 2016 nominees, David Balakrishnan’s Confetti Man, is the title track from the latest album of his group, the Turtle Island Quartet, released on the “classical” label Azica Records. Among the others are Arturo O’Farrill’s Afro Latin Jazz Suite and Marshall Gilkes’s Vesper from their respective Best Large Jazz Ensemble-nominated albums Cuba: The Conversation Continues (on Motema Music) and Köln (on Alternative Side Records) and two other big band jazz scores from albums that were not among the Best Large Jazz Ensemble finalists—Bob Mintzer’s Civil War written for the Bob Mintzer Big Band and Rich DeRosa’s Neil written for the University Of North Texas One O’Clock Lab Band.

It might take Taylor Swift recording an album with John Luther Adams or (an even greater probability) Caroline Shaw recording with Kanye West for the folks in charge of the Grammy Awards to catch up with the breadth of music that people are now listening to and how they are listening to it. Once that happens, hopefully the various categories in which musical achievement are acknowledged by the Recording Academy won’t feel quite as straitjacketed.