Aaron Jay Kernis has been selected as the 2012 winner of the Michael Ludwig Nemmers Prize in Music Composition at the Bienen School of Music at Northwestern University, Dean Toni-Marie Montgomery announced today. 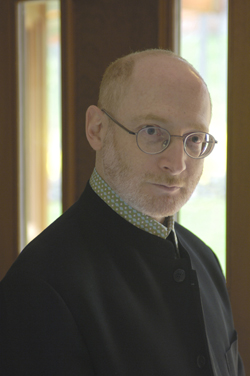 Aaron Jay Kernis has been selected as the 2012 winner of the Michael Ludwig Nemmers Prize in Music Composition at the Bienen School of Music at Northwestern University, Dean Toni-Marie Montgomery announced today. In connection with the Nemmers Prize, Kernis will be in residence at Northwestern for four weeks each throughout the 2012-13 and 2013-14 seasons, during which time he will undertake various educational activities. The prize will be formally awarded to Kernis in a ceremony to take place during his final weeks at the university.

“I am thrilled and deeply grateful to receive the Nemmers Prize,” said Kernis. “I thank the jury for this honor, which so generously recognizes a life’s work of composing. It is indescribably gratifying to sense that one’s dedication to creating new music can be meaningful to other people’s lives, and extend communication among us. I have had many memorable experiences with Chicago’s music groups in recent years; the area is becoming a center for the highest standards of new music performance and ideas. It will be a great pleasure to work with the young musicians and faculty at the renowned Beinen School at Northwestern, and deeply exciting to have my work performed again by the Chicago Symphony.”

The Nemmers Prize is the most recent of Kernis’s many awards. One of the youngest composers to win the Pulitzer Prize (in 1998), he has also received the Grawemeyer Award for Musical Composition, the Elise Stoeger Prize of the Chamber Music Society of Lincoln Center, the Rome Prize, and a Guggenheim Foundation Fellowship, among others. Kernis’s receipt of the Nemmers Prize follows a slew of Chicago performances of his music. He was the Chicago Chamber Musicians’ featured composer at its last concert, which he also curated, and his da l’Arte del Danssar was recently performed on the Chicago Symphony’s musicNOW series.

Recent recordings include Goblin Market with The New Professionals and conductor Rebecca Miller on Signum Classics, and an album of orchestral works by the Grant Park Festival Orchestra (Cedille). His music is also available on Nonesuch, Phoenix, New Albion, and many other labels. Kernis’s music is published by AJK Music, administered by Associated Music Publishers (G. Schirmer/Music Sales).

The previous recipients of the Nemmers Prize, which is given for “outstanding achievement in music,” were John Adams, Oliver Knussen, Kaija Saariaho, and John Luther Adams.