The American Academy of Arts and Letters has announced the sixteen recipients of the 2015 awards in music, which total $205,000. The recipients will be honored at the Academy’s annual Ceremonial in May. 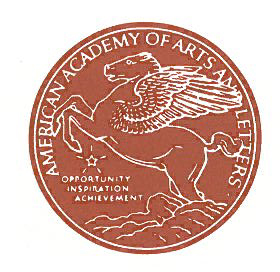 The American Academy of Arts and Letters has announced the sixteen recipients of this year’s awards in music, which total $205,000. The winners were selected by a committee of Academy members chaired by Joan Tower which also included Samuel Adler, Martin Boykan, Mario Davidovsky, Stephen Hartke, Stephen Jaffe, and Aaron Jay Kernis. The awards will be presented at the Academy’s annual Ceremonial in May. Candidates for music awards are nominated by the 250 members of the Academy.

Arts and Letters Awards in Music

Four composers will each receive a $10,000 Arts and Letters Award in Music, which honors outstanding artistic achievement and acknowledges the composer who has arrived at his or her own voice. Each will receive an additional $10,000 toward the recording of one work. The winners are Billy Childs, Harold Meltzer, Kevin Puts, and Kurt Rohde.

Paul Kerekes will receive the Walter Hinrichsen Award for the publication of a work by a gifted composer. This award was established by the C. F. Peters Corporation, music publishers, in 1984.

Alex Mincek will receive the Benjamin H. Danks Award of $20,000 for a young composer of ensemble music.

Two Goddard Lieberson Fellowships of $15,000, endowed in 1978 by the CBS Foundation, are given to mid-career composers of exceptional gifts. This year they will go to Scott Johnson and David Sanford.