New Music USA is delighted to announce the appointment of Kate Bensen and Angelica Sanchez to its Board of Trustees. 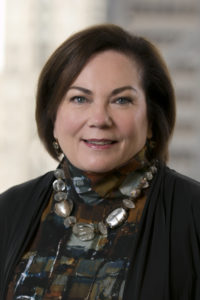 Kate Bensen, Immediate Past President and CEO, The Chicago Network.

Kate has more than 20 years’ experience in working with nonprofits, as a lawyer, board member and nonprofit leader. As President and CEO at The Chicago Network, she was honored with the first 2020 Women on Boards “Champion of Women Award.” Prior to this, she successfully led the development of Conlon Public Strategies’ nonprofit capacity practice, served as Chair of the University of Chicago Women’s Board and as Partner in Schiff Hardin LLP’s Finance and Public Finance Groups.  Kate is a director of the Chicago Club, and the Arts Club of Chicago. She is a member of the Commercial Club, Economic Club, International Women’s Forum, Chicago Finance Exchange, and the Women’s Board of the University of Chicago (past Chair).

“I am honored to join the board of New Music USA, one of the most impactful funders and resources for music creators in the United States, as the organization works to enhance its capacity more broadly across the country.” – Kate Bensen 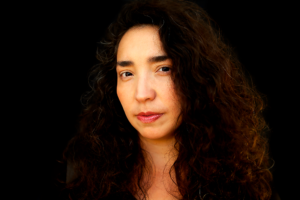 Her music has been recognized in national and international publications including Jazz Times, The New York Times, Down Beat, and the Chicago Tribune amongst others. She was the 2008 recipient of a French/American Chamber Music America grant and the 2011 Rockefeller Brothers Pocantico artist residency. She was recently awarded the 2021 Civitella Ranieri Fellowship, Italy. Sanchez’ debut solo CD “A Little House” was featured on NPR’s Weekend Edition and her recording “Twine Forest” a duo with Wadada Leo Smith received Honorable Mention as one of the best releases of 2013 in The New York City Jazz Record.  Her most recent recording with Marilyn Crispell “How to Turn the Moon” was chosen as one of the best recordings of 2020 in The New York City Jazz Record. Sanchez has a master’s degree from William Paterson University in Jazz Arranging. She is currently a lecturer.

“Being an artist myself, I’m very happy to be a part of an organization that supports such a broad and diverse group of artists.” Angelica Sanchez

New Music USA is governed by a board of dedicated music lovers who are committed to our mission as a national resource for new music.  Vanessa Reed, New Music USA’s President and CEO  said:

“We are delighted that Kate and Angelica have joined our Board of Trustees, to share their expertise and insights as we strengthen the resources we can offer to new music communities across the United States. Angelica’s appointment demonstrates our ongoing commitment to including music creators in the organization’s leadership alongside our composer Co-Chair Reena Esmail. Kate’s knowledge of the arts, business and non-profit sectors in Chicago highlights our renewed focus on building resources beyond our home-base in New York.” See the full list of trustees here.