This month’s edition of SoundTracks spans a greater chronology that ever before. Perhaps it’s fitting that in the end of the first year of NewMusicBox, there would be so wide a range. Now that we’re in the 21st Century (pace to the 2001 apostates), of course, it is now possible to have recordings of American… Read more »

Like many other composers throughout our history, I have been a composer for most of my life but have always had other occupations as sources of income.

Michael Daugherty “I would either run a used book store or be a lounge cocktail pianist…” Daron Hagen “My second great love is to conduct my own theater music…” Jeffrey Mumford “Run a coffee house/art gallery with my wife…” Melinda Wagner “I’d really enjoy working in a library, however one that is pre-computer!…” Stewart Wallace… Read more » 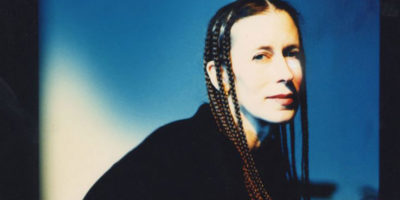 Although she is active as a vocalist, dancer, director, choreographer, and filmmaker, Meredith Monk explains that she considers herself first and foremost a composer.

George Perle Photo by Johanna I. Sturm. Courtesy of George Perle I have been offered 100 words to reply to the question, “What is the future of music?” but I need only three: “I don’t know.” I can, however, answer another, related question: “What sort of future would you like for music?” Every new piece… Read more »

Henry Brant Photo by Kathy Wilkowski, courtesy of Henry Brant What is happening in music may be compared to the current degradation of the natural world environment. Most music today emerges from loudspeakers, rather than from acoustically natural sources. In the United States, public interest is largely confined to commercial popular music. Genuine indigenous music… Read more »

Matthew Tierney Photo by Melissa Richard When musics from all cultures of the world are considered, rhythm stands out as most essential. Unfortunately, rhythm, despite its musical importance, has been less studied than melody and harmony, the history of Western music being primarily a history of pitch. This neglect has been especially unusual because with… Read more »

If there’s anything that the 26 new CDs featured in SoundTracks this month have in common it’s their inability to be pigeonholed. Taken together, they are proof of how far ranging American music is. While it seems ironic that the most futuristic sounding music that came across our desks this month were discs collecting early… Read more »

Does Anybody Really Know What Time It Is?

American Music's "Elder Statespeople" Comment on the Future of Music

Henry Brant “…Genuine indigenous music worldwide is disappearing…” Marian McPartland “…I can’t think of playing music and not including something by Dizzy Gillespie or Thelonious Monk or Wayne Shorter…” George Perle “…I have been offered 100 words to reply to the question, “What is the future of music?” but I need only three…” George Rochberg… Read more » 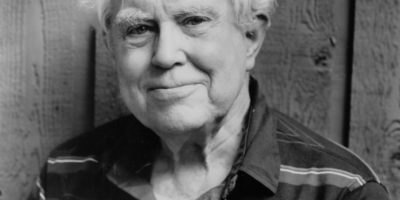 Elliott Carter: The Career of a Century

A few months after his 92nd birthday, Elliott Carter invited us into his home to talk about what was already his tenth decade immersed in the new music scene.

Self-Published Composers Explain What They Do and Why Theodore Wiprud

Theodore Wiprud photo courtesy of Allemar Music Self-publishing used to be a default position for me: no corporate publisher had brought out my music so I was the one copying scores and parts. Later I made a conscious decision to take my career into my own hands, to claim full responsibility for finding performers and… Read more »

Self-Published Composers Explain What They Do and Why Andrew Rudin

Andrew Rudin photo courtesy of Skåne Hill Music Somewhere in a warehouse in the Midwest, hundreds of copies of a work I wrote for flute & piano lie sequestered by a major American music publisher. After contracting to publish the work, three years elapsed before engraving was accomplished and 1st proofs offered. Another year and… Read more »

Self-Published Composers Explain What They Do and Why Amy Rubin

Amy Rubin photo courtesy of Musicians Accord Self-publishing has permitted me to circulate my music to a wide variety of performers throughout the United States and Europe. I send perusal scores as quickly as possible to ensembles and soloists who express general interest in my work, and in addition I answer “calls for scores” listed… Read more »

Self-Published Composers Explain What They Do and Why Terry Riley

Terry Riley photo courtesy New Albion Records For many years my written music was being handled for me by a publisher which was somewhat unfamiliar with what is needed to send out scores and parts to orchestras and other chamber groups. I supplied them with masters that were for the most part printed out from… Read more »

Self-Published Composers Explain What They Do and Why Donald Martino

Donald Martino photo by Lourdes Awad, courtesy of Dantalian, Inc. If not the first, I am certainly very nearly the first composer to establish by himself, for himself, and without banding together with other composers, a fully commercial publishing house which produces engraved or autographed editions in quantity by offset printing. It was the emerging… Read more »

Self-Published Composers Explain What They Do and Why Jennifer Higdon

Jennifer Higdon photo by Patented Photos I basically do everything that an established publishing house does: I take orders from customers, print scores and parts, do the binding, mail the music, do the billing, report performances to ASCAP, and negotiate contracts for commissions. The duplication of music is not that difficult – any copy place… Read more »

Self-Published Composers Explain What They Do and Why Randall Davidson

Randall Davidson photo courtesy of Boys Art Music Self-publishing contemporary music is not at the glamorous end of the tide-pool. As a result, very little of my time is spent addressing the ocean of conductor/producers in the world who “might” use my music. I’m more aware of what’s close at hand, of the subtle currents… Read more »

Fit To Print: A "Hyperhistory" of the Current State of American Music Publishing

John Robinson Photo by Melissa Richard The English verb “to publish” is derived from the Latin verb publicare, meaning “to make available.” Most people think that music publishing is similar to book publishing, and many aspects are parallel. Selection: Publishers of both books and music employ editors who sift through countless submissions by aspiring writers… Read more »

While discs continue to appear on our desks that were recorded and released in 1999, the first batch of recordings with a triple-zero date have begun to surface. This is indeed an exciting time because all new music is old and contrapositively all old music is new! Plenty of new music is featuring on a… Read more »

The Current State of Music Publishing in America

Frank J. Oteri Photo by Melissa Richard The media has hyped the recent revolutions that computers have wrought as the most significant event in the history of publishing since Gutenberg invented the printing press half a millennium ago. But what impact will all of this have on the publishing of musical scores by American composers?… Read more »

Self-Published Composers Explain What They Do and Why