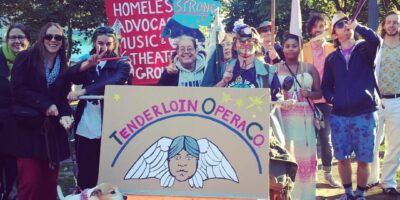 If we in the new music community truly want to open our field and welcome more voices, we will have to come out of our comfort zones. Jacob Richman draws on his experiences working with the Tenderloin Opera Company, a homeless advocacy music and theater group, to present this powerful look into the impact of community art and what it takes to make deep and effective connections. 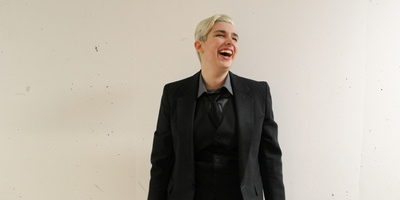 An ideal updated system for vocal classification would serve singers, composers, and producers. The goal is to create more flexibility for singers, a more usable tool for composers, and more detailed information for producers when it comes to casting and programming. 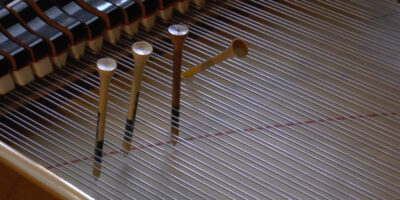 Beyond the 88: More no-fear piano preparations

Alan Shockley dives in deeper with detailed video demos of even more piano preparations that will allow you to continue to explore without fear! 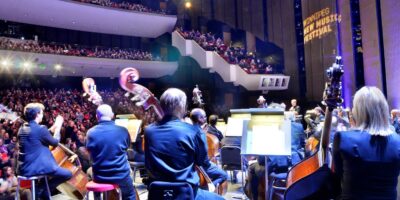 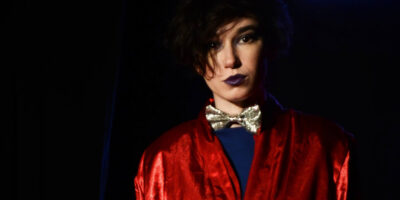 If a mezzo-soprano and a countertenor share the same range and often the same roles, then why are they separate types? And why is there an obvious gender difference? 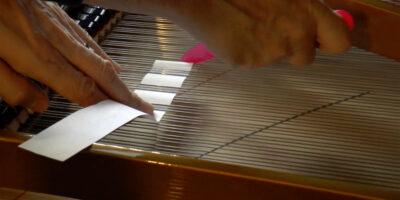 Beyond the 88: A No-Fear Beginner's Guide to Preparing the Piano

Lots of pianists and composers are a bit intimidated by the idea of reaching inside the piano, or of inserting foreign objects into the instrument. For those who would like to do some exploring but are feeling apprehensive, Alan Shockley is here to walk you through a few simple preparations and give you the confidence to get started. 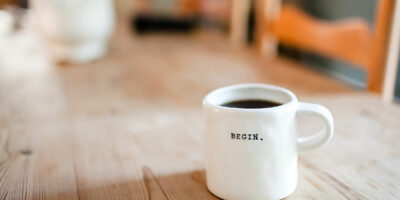 Take Better Care of Yourself By Making Small Changes

If you’re an ambitious person (and I bet you are), you probably have lots of things on your list that you’re going to start “once you have time.” That can be a losing proposition, though, because rarely do things actually calm down. Rebecca Hass is here to help you enter 2019 with a plan to prioritize and take better care of yourself by making small changes—starting now! 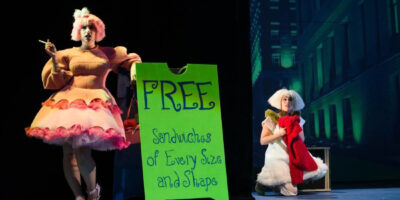 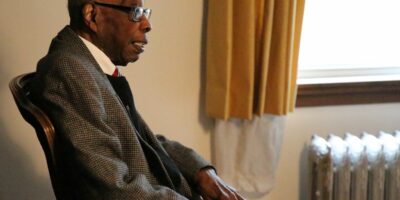 In our day and age of dazzling musical talent that’s available at the push of a button or the click of a link, the music and legacy of George Walker may represent possibilities that are more and more difficult to find:  The devotion to a personal vision at a time when many composers conform to an extant musical scene. My brother and I will never forget what it was to be loved by our father.  But today any musician or music lover who’s willing to challenge themselves can share with us what he was. 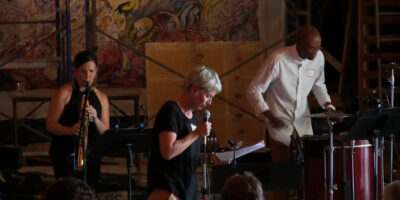 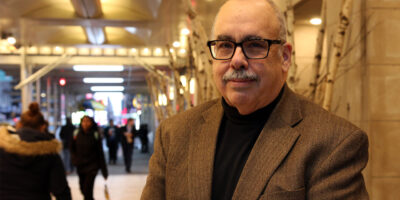 Composer Roberto Sierra frequently likes to tell the story of how, when he was growing up in Puerto Rico, he would hear Pablo Casals playing his cello on television while salsa recordings of the Fania All-Stars blared outside on the street. Most of Sierra’s music—which spans numerous works for soloists, chamber ensembles, and orchestra as well as his massive Missa Latina—has forged a synthesis of these two musical realms. But the question of what kinds of music are local or global is more complex than it might initially seem.

The Collaborative Studio: Suggestions for Your Next Recording Project

Wrapping up his series on collaboration in the recording studio, Andrew Rodriguez offers five suggestions for those who may be new to the studio experience—either as a producer or performer—or for those who would like to take their future projects in a new, collaborative direction.

Here are some practical ideas to experiment with to be more inclusive and more student-focused during rehearsals with student ensembles. Disclaimer: You probably shouldn’t (well, just don’t) try all of them at once. That would not be successful.

Before we sing another chorus of “Auld Lang Syne” and bring the curtain down on 2018, we have an annual tradition among the staff here at New Music USA of revisiting some of the tracks that caught our ears and hung on for any number of good reasons.

The Collaborative Studio: The Past, Present, and Future of Classical Music Production

Instead of the recording acting as an archival document, it can become an expansion of the music itself. On record, you can provide a unique look into a piece of music that can’t be replicated live, especially in the present day where most people listen to music through headphones.

I’m convinced that the majority of conductors believe that simply because a student is in his/her ensemble playing an instrument, or singing, they are “engaged.” More and more, I’m convinced that this just isn’t the case. We stand on a box, with a stick, telling them what to do, when to do it, and how to do it.

Retaking the Stage: What Artists Can Be In Our Society

It’s not as much about attracting new audiences as it is about retaking the stage for what artists can be in our society. Music and performance is an incredibly powerful way to connect people. You can create community and discourse and new ways of understanding each other through pieces of art.

An "Inspired by Midwest Clinic" Playlist Curated By Nicole Chamberlain

Our friend and colleague Nicole Chamberlain agreed to curate a playlist inspired by the upcoming Midwest Clinic with works that she sourced from across the New Music USA platform. She put together this fantastic list featuring tracks from Alex Shapiro, Molly Joyce, Jennifer Jolley, Emily Koh, Alan Theisen, Russ Zokaites, and more!

The Collaborative Studio: A Look into the Process of Producing Non-Classical Music

The goal of being a producer or a teacher isn’t to create carbon copies of yourself or your tastes. Instead, you work harder to help artists or your students achieve (or sometimes to develop) their visions. It’s a more involved and difficult process than it would be to just change everything until you’re satisfied, but the end result is a product that is a true representation of someone other than yourself.

It’s Not What We Do, It’s How We Do It: Evolving the Concert Experience

It’s time that we start thinking more about a pretty important stakeholder in what we do, our audience. Just about everything we do, especially as teachers/conductors, is driven by the end result. In our case, that’s the concert, isn’t it? Here are some things that we have experimented with at the University of Georgia, and before that, at Cornell University.

Instead of talking about how many hats we wear as a badge of pride, I want to ponder how much we lose when we choose to write, arrange, perform, and produce in our own solitary creative bubble.

The Collaborative Studio: Roles and Expectations

Working in a studio environment has been one of the most beneficial experiences in my musical development, and I want to encourage musicians to take full advantage of the possibilities of a truly collaborative studio environment.

Every project that Jeanine Tesori has worked on—whether it’s a musical, an opera, incidental music for a play, or a soundtrack for a motion picture or an animated film—has a storyline. She claims she needs one to get started. But the storylines to which she’s been most attracted are about people who society has deemed not worthy of being protagonists which has been a hallmark of the five shows of hers thus far that have been produced on Broadway: Fun Home; Caroline, or Change; Violet; and even Thoroughly Modern Millie and Shrek The Musical.

The continuing popularity of silent film showings with live music means that there is plenty of room for experimentation in composing new scores for old pictures—and that audiences can experience individual silent films with multiple soundtracks as fits the occasion or mood.