Electronic music pioneer Laurie Spiegel sees a lot of common ground between the seemingly oppositional aesthetics of folk traditions and the digital realm. But whether she’s creating a computer-realized algorithmic composition, crafting a short piano piece or orchestral score, or jamming on a guitar or a banjo, the most important element in all of her music making is emotional engagement.

Paola Prestini combines wild imagination and controlled practicality on an almost molecular level—it’s as if both are fused together in her DNA. Whether she’s talking about her own multimedia operas or VisionIntoArt, the interdisciplinary arts production company she co-founded 15 years ago, she tends to think big but she always manages to make it happen. 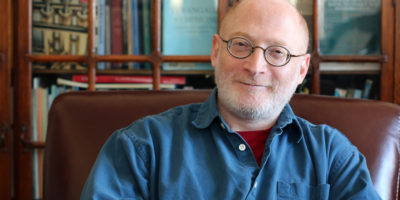 “Which of these Aaron Jay Kernises am I?”

An orchestra sensation at age 23. Published by 30. Then a Pulitzer Prize and a Grawemeyer. Now a biography. What’s left after someone writes up the story of your life? Aaron Jay Kernis just keeps on going, continuing to balance composing, teaching, and raising a family. 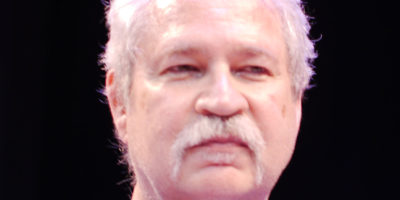 Jim Staley and His Home for New Music: Roulette @ 35

Tons of people have devoted their whole life to new music, but few people have done so to the same extent as composer/trombonist Jim Staley, who for more than a quarter of a century devoted his home to it as well. But 35 years on, Roulette has moved boroughs and has gone from being new music in someone’s home to a home for new music.

Pablo Ziegler, who has been the de facto source for the interpretation of Piazzolla’s music for over twenty years, is an important composer of nuevo tango in his own right. Now based in Brooklyn (though he’s constantly traveling to perform all over the planet), Ziegler has a particularly strong affinity for improvisation and loves to mix tango and jazz.

Whether she’s using a koto as an expressive vehicle for anything from jazz standards to electronic experimentation, writing idiosyncratic music for chorus and now orchestra, or creating music with plants and even insects crawling over her body, Miya Masaoka has been making us look and listen to the world around us in totally new ways for decades.

Dave Malloy: Singing for His Soul (Not His Supper)

Composer Dave Malloy took NYC musical theater by storm with his Natasha, Pierre & The Great Comet of 1812, but his path to Off-Broadway success began in San Francisco’s experimental theater community—and he’s holding on tightly to that non-traditional approach.

Juan Orrego-Salas: I’ve Written All I Have to Write

Juan Orrego-Salas (b. 1919) is the last surviving member of a major group of mid-20th century American composers. He was a protégé of Aaron Copland, Randall Thompson, and Luigi Dallapiccola, and a personal friend of Irving Fine, Lukas Foss, and Pablo Neruda, among others. He also founded the Latin American Music Center. His is an important story in the annals of American music.

Part of why Marc Neikrug’s compositions have attracted the attention of so many high-profile soloists is that for many years he was a member of that exclusive club himself—a concert pianist who performed standard repertoire with Pinchas Zukerman in most of the world’s major concert halls. Yet for that reason his music hasn’t always been immediately embraced by the new music community. But he’s perfectly O.K. with that.

For composer Andrew Norman, the process of composing feels like a tug-of-war between opposing forces. From start to finish, he is constantly questioning, and pushing back on his own ideas in his efforts to create meaningful musical experiences for performers and for audiences. He revels in the visceral experiences of music making, and thoughtfully challenges performers to bring their own ideas to the interpretation of his music.

It’s difficult to stand anywhere near composer and vocalist Lisa Bielawa and not feel energized by proximity. An extrovert to the core, she acknowledges that her highly social nature has taken her in some specific directions both as a composer and as a musical citizen.

Dan Trueman: Man Out of Time

What could a Hardanger fiddle player and a computer programmer possibly have in common? For Dan Trueman, an expert in both areas, it’s all just technology. And whether the eventual expression of his ideas requires old instruments or the invention of new ones, he is more concerned that the tools employed offer musicians the most engaging musical experience possible. 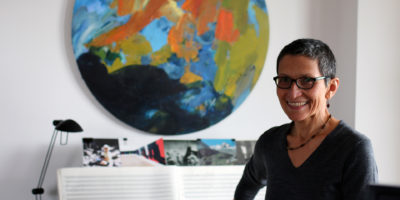 Laura Kaminsky: Every Place Has a Story

For thirty years, in addition to writing her own socially and environmentally charged music, Laura Kaminsky has worked behind the scenes allowing other composers to have an opportunity to get their voices heard.

Morton Subotnick: The Mad Scientist in the Laboratory of the Ecstatic Moment

Morton Subotnick has been living in a technologically transformed world that is “beyond history” since 1959. But the personal musical transformation of this electronic music pioneer did not happen overnight.

Whatever genre of music he is engaging in, Derek Bermel is always mindful of its context. That mindfulness, coupled with an insatiable musical curiosity, manifests itself whether he is composing music for an orchestra, playing clarinet with various chamber ensembles, singing in his own R&B band, or jamming with traditional musicians from around the world.

If there were a music version of “Six Degrees of Kevin Bacon,” it could very well be “Six Degrees of Carman Moore” since Moore—in a career spanning decades—connects to everyone from Pierre Boulez and Karlheinz Stockhausen to John Lennon and Aretha Franklin. And yet, many people are unaware of Moore, even within the contemporary music community.

Stacy Garrop: With a Story to Tell

The role of narrative—whether indirectly or overtly applied to the final composition—is a central factor in Stacy Garrop’s typical working process. In it, she had found a way to shape and chart the sonic image she wants her music to ultimately project to the world beyond her studio.

Originally a student of history before he refocused his efforts into music, Robert Carl’s interest in time, memory, and space are veins running through his compositions, his work more given to conjuring imagery than narrative plot. And whether inspiration is mined in the wake of a seascape or travelers on a speeding bullet train, the resulting music tends to carry a distinct organic beauty and rich, encompassing depth.

Arlene Sierra: The Evolution of Process

The music of composer Arlene Sierra is significantly focused on creative forms of process. Whether structures from the natural world such as beehives or flocks of birds, or human-made maps of war game strategy, sturdy foundations ground the musical content of her works for orchestra, chamber ensemble, chorus, and opera.

Neil Rolnick is extremely soft-spoken and self-effacing, but for over 30 years he has helped to create a much changed musical landscape in the United States in terms of musical aesthetics and the application of technology in concert performance.

Although the legendary musical revolutionary Edgard Varèse would be his lifelong mentor, Chou Wen-chung is a consummate traditionalist who has devoted his entire life to reconciling the disparate musical legacies of East and West.

If there is any way to distill the wide-ranging artistry of Matana Roberts, it might be to focus on the ways in which she eludes definitions. The Chicago-raised composer, improviser, and alto saxophonist offers a friendly yet confidant smile as she explains, “Basically, I don’t like being told what to do, or who I am, or what I am by other people. I prefer to make those statements myself.”

Conrad Cummings: In Conversation With My Peers

Composing music is usually a solitary act, but Conrad Cummings is by nature a very sociable person. This has drawn him into some of the most fascinating collaborative projects such as Photo-Op created with the painter James Siena and The Golden Gate based on a novel in sonnets by Vikram Seth.

Evan Chambers: You Must Change Your Life

In conversation, Evan Chambers conveys his ideas using words in a strikingly similar fashion to how he delivers them in music: honestly, intelligently, with neither fear of open emotion nor of making a sharper point than his laid-back demeanor might at first lead you to expect. As he speaks about his familial roots in folk music, his love of poetry, and the responsibility he feels as an artist to acknowledge broader social, political, and environmental challenges, a portrait of the composer emerges that reveals again how incompletely shorthand genre descriptors and professional biographies capture art and artist.