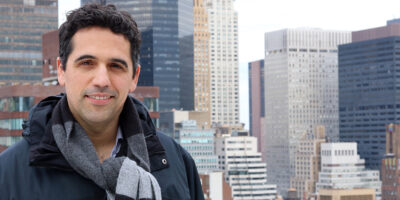 For the Israeli-born American composer Avner Dorman, being true to his own personal artistic point of view has never meant remaining in any particular aesthetic comfort zone. His music is constantly evolving and he is constantly challenging himself to go places he has never gone before—even sometimes to places that are decidedly uncomfortable. 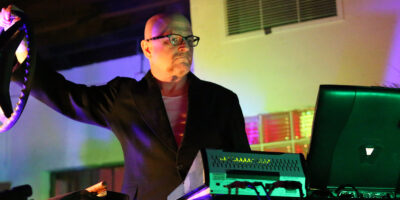 Joshua Fried begins each of his RADIO WONDERLAND shows with a spin of a boombox radio dial, snippets of caught commercials and DJ chatter popping out of the static and drawing his audience’s ears in on a raft of mainstream culture before he starts cutting it apart. His creative path has led him from The Pyramid Club to more esoteric new music circles, but he hasn’t abandoned his pursuit of great grooves. 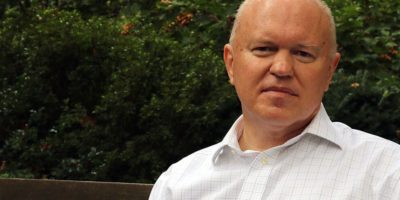 Michael Torke: Life After the Ceremony of Innocence

Before turning 30, Michael Torke had become a towering figure in the new music community. He was signed by a major publisher, had an exclusive record contract on a major label, and was the de-facto composer-in-residence for New York City Ballet. In his early 40s, he went totally DIY both self-publishing and running his own boutique record label. Now in his mid-50s, Torke claims to feel “disconnected from everything” but he remains at the top of his form as a composer. 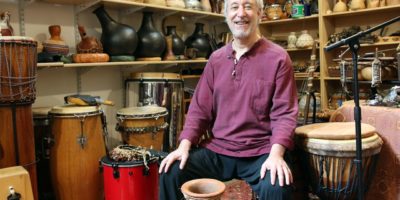 Making sense of the world we live in seems to be one of the focal points of Adam Rudolph’s life. The way he has chosen to do so is through making music, most of it collaboratively. He could just as well have become a philosopher—he even looks and sounds like one when he speaks—but that would not be hands-on enough for his worldview. 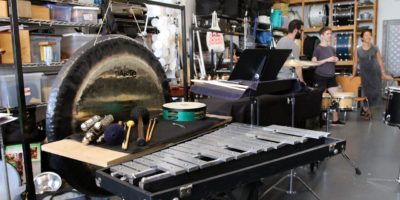 Yarn/Wire: From The Ground Level

One of the most exciting as well as one of the most articulate groups of DIY new music interpreters is the two piano/two percussion quartet Yarn/Wire. Performing together at the highest possible level now for a decade and working with composers ranging from Alex Mincek and Sam Pluta to Tristan Murail, Misato Mochizuki, and Michael Gordon to craft repertoire for their idiosyncratic instrumental configuration, Yarn/Wire is an extremely important catalyst for music that is happening right now. 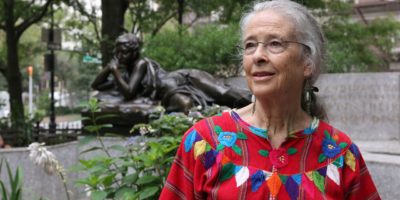 Eleanor Cory: What I Really Want To Do

Eleanor Cory gets inspiration from listening to a wide variety of music as well as attending poetry readings and her music thrives from creating sonic dialogues between elements that don’t immediately seem to belong together. 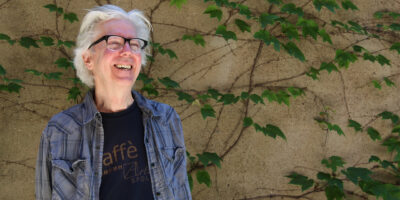 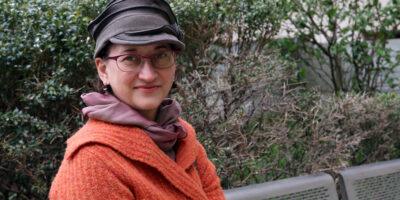 “What we listen to affects how we smell,” says Mary Ellen Childs. “Both those senses can make us have an emotional reaction. They might even make us experience time or space differently.” 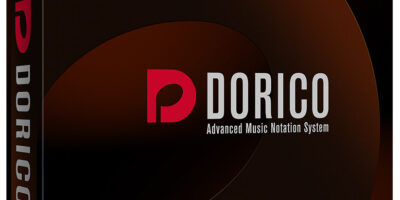 Interview with Daniel Spreadbury of Dorico

Daniel Spreadbury talks about his work in open source and web standards, some of Dorico’s most exciting features for composers, and how Dorico users will benefit from the larger Steinberg ecosystem. 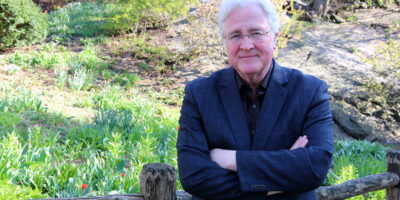 Shakespeare’s plays, a novel by Stephen King, and personal letters from American soldiers written in wartime have all served as inspiration for compositions by Paul Moravec. However, when he is composing more abstract instrumental works, like his extremely beautiful Violin Concerto, Moravec claims there is always “a kind of musical narrative” at work even if it does not have a precise verbal meaning.

To Muhal Richard Abrams, there are no boundaries. Any label we put on something—fixed composition vs. spontaneous improvisation, group vs. individual, even old music vs. new music—is artificial and limits possibilities. From his vantage point, all dualities are contained within each other. 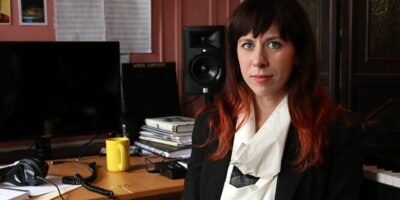 Whether she is writing for orchestra, chorus, solo piano, an opera, or her own indie-rock inspired chamber ensemble Victoire, Missy Mazzoli is still “asking the same questions” and “finding different answers to the question of how to bring an intimate, vulnerable, human experience to a situation.” 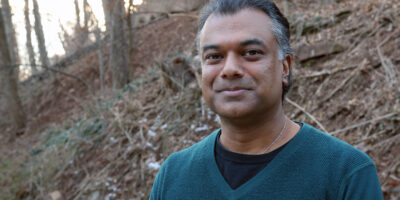 Rudresh Mahanthappa: Getting To Know Who I Am

Rudresh Mahanthappa explores his composite cultural identity through an extremely wide range of fascinating musical activities. Some of these projects have been direct attempts to synthesize contemporary jazz and much older Indian traditions. Perhaps even more intriguing, however, has been music in which jazz and Carnatic elements co-exist alongside many other components. 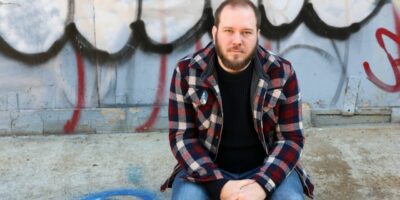 While an extremely wide range of composers are writing operas in the United States today, many of these disparate operas share an important trait—a libretto written by someone who was born in Alberta, Canada: Royce Vavrek. The gregarious Vavrek at first seems like an unlikely candidate for the mysterious, and regretfully somewhat anonymous, profession of writing opera librettos, but he loves telling stories and collaboration.

For decades Mary Jane Leach has been composing music that explores and exploits various psychoacoustic “ghost” sounds such as beat tones and combination tones. As a result, she has created numerous works for multiples of the same instrument or voice. She is also drawn to physical spaces where such sonic phenomena are at their most pronounced, such as churches, which is why she lives in one. 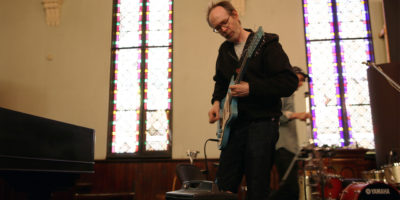 Not only did Arto Lindsay found arguably the most important band from New York’s early-’80s No Wave scene, he is a well-known figure in Brazilian pop, collaborator of Matthew Barney’s, leader of parades, and thrower of sounds in space. He sat down with Sam Hillmer to chat sound design, confrontational aesthetics, and much more.

André Previn: How Lucky I Am Now

Composer, conductor, and pianist André Previn has been equally comfortable making music in and for concert halls, jazz clubs, opera houses, Broadway theaters, and the silver screen for three quarters of a century. But now he’s composing more prolifically than ever before. 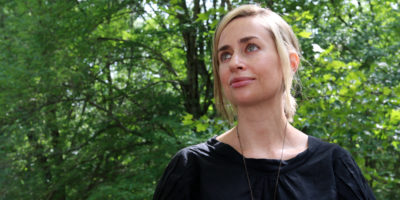 In advance of the release of her second full-length album Unremembered, Sarah Kirkland Snider opens up about integrating disparate influences, embracing deeply emotional content, and the process of developing her signature works.

The variety of activities that Charlie Morrow has been involved in for more than half a century is staggering even by today’s standards, when the wearing of numerous hats is almost a pre-requisite for being successful as a composer.

Melinda Wagner: It’s Just Who I Am

Although most of the music she composes is completely abstract, Melinda Wagner still always crafts her music intuitively and in such a way that it reflects her personality.

The time that Jen Shyu spent in Taiwan, Indonesia, East Timor, China, South Korea, Cuba and Brazil has broadened her musical language, but she still considers herself an experimental jazz vocalist.

A conversation in Fay Victor’s Brooklyn apartment March 31, 2015—11:00 a.m. Video presentation and photography by Molly Sheridan Transcription by Julia Lu The word jazz has been used to describe music that has now been made for more than a century. (The origins of the word have been heavily debated, but its use to describe… Read more » 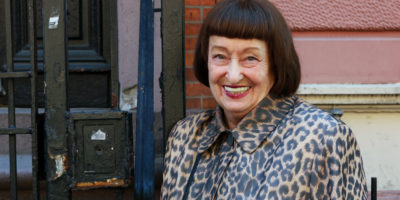 Whatever Sheila Jordan sings she makes completely her own to the point that the line between composition and interpretation is extremely blurry. Now in her late 80s, Jordan is booked for the rest of the year with performances and masterclasses across the USA, as well in Germany, Austria, Italy, and Japan.