Your Computer is Listening. Are you?

Due to the rate of growth and development of A.I. technology, #resistanceisfutile. Which is to say that computer-composed music is here, and the conversation needs to change.

Angel’s Bone by Du Yun has been awarded the Pulitzer Prize in Music.

The time at a residency feels sacred, and for that brief period, your life is centered around the pursuit of creativity.

The challenges of producing, organizing, maintaining, and funding the Cutting Edge Concerts are great. However, the rewards are equally great: bringing new music to new audiences; providing a platform for composers to hear their music performed by outstanding musicians, and providing musicians interested in new music the opportunity to work with composers.

While the “memory mania” seen in public art may not have overtaken music, it is clear that musicians have been similarly fascinated with memory and commemoration over the last twenty years or so. What might these works say about how we articulate and understand the difficult emotions associated with traumatic loss?

Speak Now: How Classical Music Got Me Woke

Ashley Jackson’s research and writing have focused on how 20th-century African-American artists and composers navigated a sharply segregated society through their cultural practice. “It is to their artistic bravery that I look,” she says, “when thinking about how to use music and words as my own voice in today’s wave of social and political activism.”

We don’t need to imagine that one big performance or one big award will be responsible for making our entire career. Instead, we can ask ourselves what we’ll try to achieve over the course of a creative lifetime.

Details for the 19 winners of the 2017 ASCAP Foundation Morton Gould Young Composer Awards and, wherever possible, complete recordings of the award winning musical compositions.

My Musical Life in the United States

It has been exactly ten years since I came back to Hong Kong from the United States, now that I think about it, and the three and a half years I spent there were truly life-changing.

What started as a short-term venture among friends is quickly expanding to a nationally-reaching collaboration between composers and school music programs. 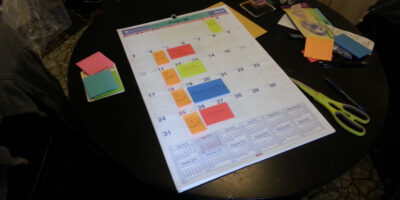 Within six months of starting my new freelance life, things had gone off the rails a little bit. As a result, I’ve found my freelance life to be an exercise in course correction.

“World Music” in the Era of Travel Bans

Now seems like an opportune moment to consider the meaning and relevance of what has been called “world music,” as a global refugee crisis and a rise in nationalistic fervor in Europe, Russia, and the United States newly threatens open cultural exchange. 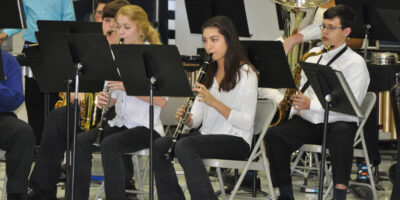 One Size Doesn’t Fit All, but Can You Hand Tailor a Consortium?

Even with our modest instrumentation guidelines for the composers to work with as a core ensemble, there were plenty of schools that simply didn’t have the instruments or resources to participate.

Pitfalls of Living the Freelance Life

One of the things about being a freelancer is that your time is entirely your own. Sixteen-plus-hour days can come to be commonplace and the concept of “weekend” loses all meaning. Yet without structure, it’s also very easy to slide into laziness.

President Trump’s proposed budget includes the elimination of the National Endowment for the Arts. Arts groups are urging their constituents to contact their representatives. 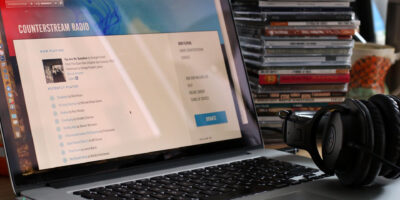 Greg Lewis (a.k.a. Organ Monk): Music is a Weapon

Greg Lewis (a.k.a. Organ Monk) has been drawn to jazz specifically because it has been such a socially conscious music. His third album features five pieces he created in memory of those killed during altercations with the police, which he collectively calls The Breathe Suite in honor of Eric Garner’s tragic last words.

While we wanted to provide a wide variety of music for the band directors, we knew that we still needed to pay the composers for their time and thus keep the number realistic. In the end, we settled on five total composers—myself, Max, Scott Senko, Neil Quillen, and Dylan Carlson.

I composed on evenings and weekends when I had the energy, and stole time away during the day job to handle some of my musical admin tasks and to “network” on Twitter. The 10-to-6 thing didn’t bother me overmuch, but more often than not I came home from the job frustrated and angry and in no mood to be creative.

Who are you championing today?

We’ve profiled the work of many female creators on NewMusicBox. In celebration of #InternationalWomensDay, here are just a few examples for your back pocket the next time you meet someone who is having trouble finding any ladies in the house. There are plenty more in the archives!

In the wake of the presidential election, many in the new music field have demonstrated a desire help marginalized and vulnerable communities. Jack Curtis Dubowsky applauds these moves, but also urges us to explore what improvements we can make towards broader inclusivity within our own organizations even as we support the important work of others. 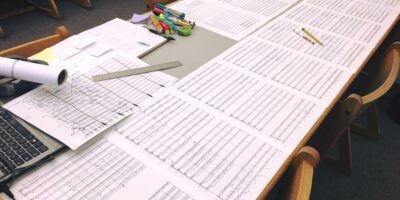 Collective Arrangements: The Story of the Libera Composers Association