Wild Up: fanfares against an early sunset 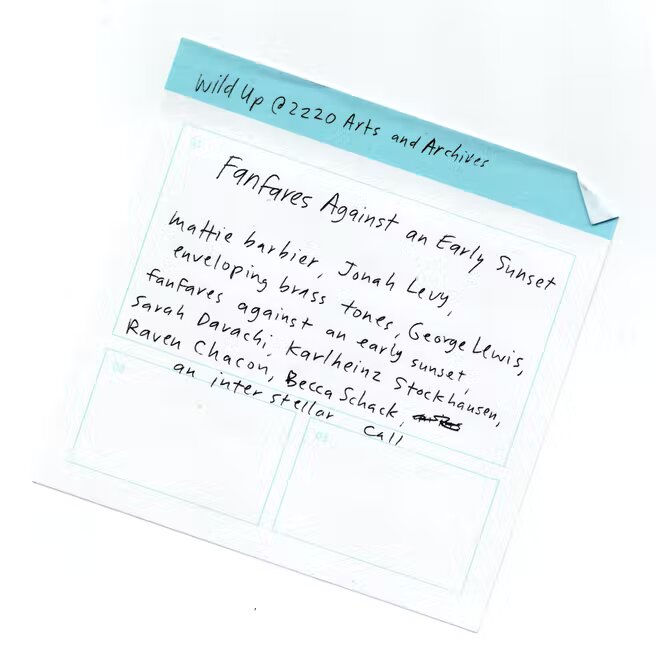 Wild Up continues its Sunday night series at 2220 with a dynamic brass program led by Jonah Levy, mattie barbier, and others.

mattie barbier is an LA based musician and sonic researcher focused on experimental intonation, noise, and the physical processes of their instrument. Their playing has been described by the LA Times as being “of intense, brilliant, virtuosic growling that gave the striking impression that Barbier was dismantling the instrument while playing it,” by the Wire as “exploring the nooks of instrumental tone far beyond the reach of most mortals,” and by the New Yorker as being a “diabolically inventive trombonist-composer.”

they’re a member of RAGE Thrombones, WasteLAnd, Wild Up, and an active soloist on low brass instruments. Mattiebarbier.com

Wild Up: fanfares against an early sunset