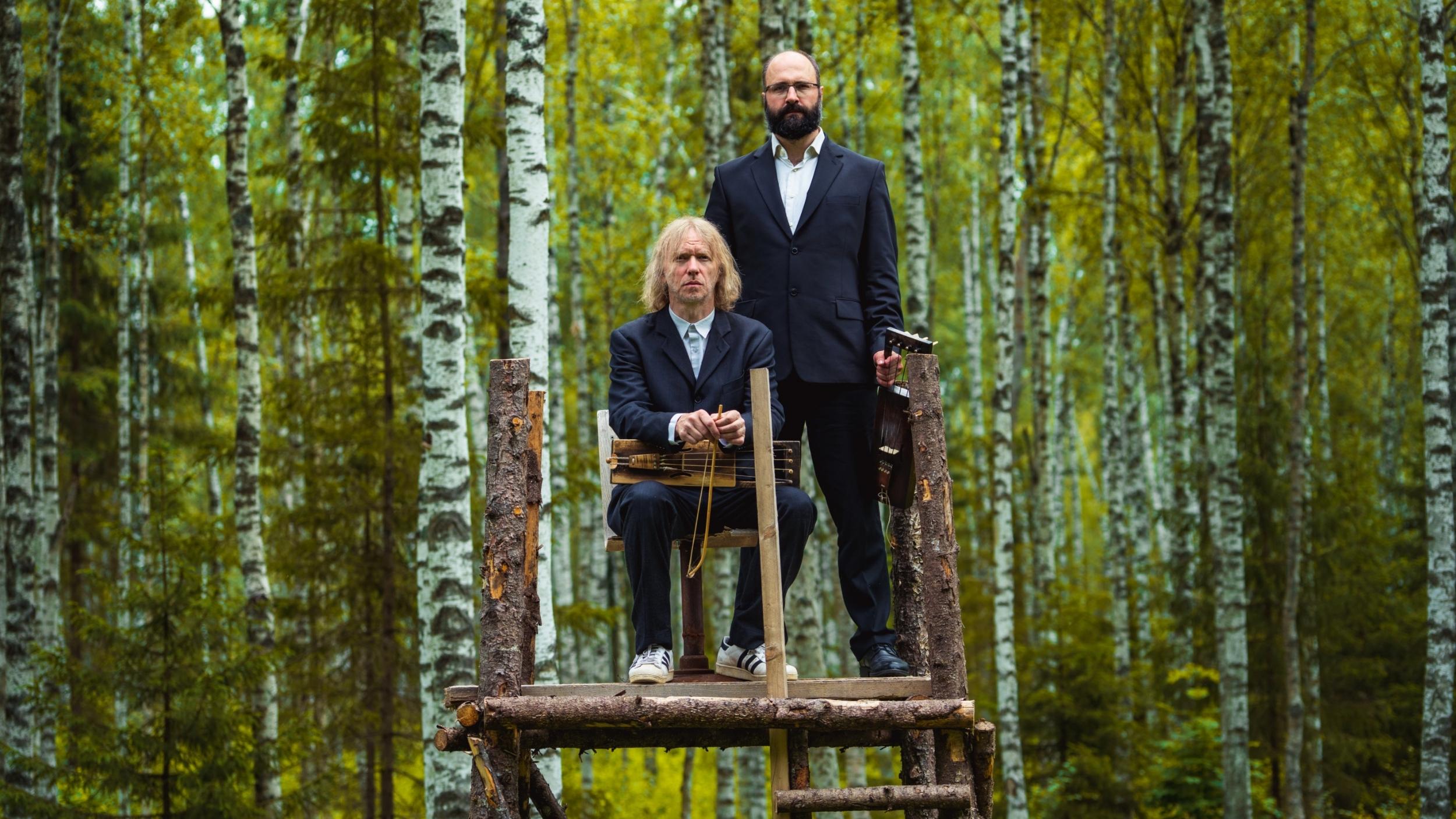 The Estonian nu-folk duo Puuluup, made up of Ramo Teder and Marko Veisson, self-identify as “post zombie folk talharpa rebels”, and describe their work as surrealism and modern folklore mixed with talharpa, a bowed lyre popular in Northern Europe during the Middle Ages. The two playfully combine these traditional instruments with loops and modern electronic effects, otherworldly harmonies, and quirky lyrics inspired by unlikely subjects including Polish TV heroes, zombies, old Estonian punk, and even a hypothetical run-in with a neighbor’s dog while taking out the trash. ”By the time they demonstrate the two-step dance-along for one of their closers, the growing audience needs no convincing. It’s folk, it’s contemporary, it’s funny, and it’s danceable” – Under The Radar