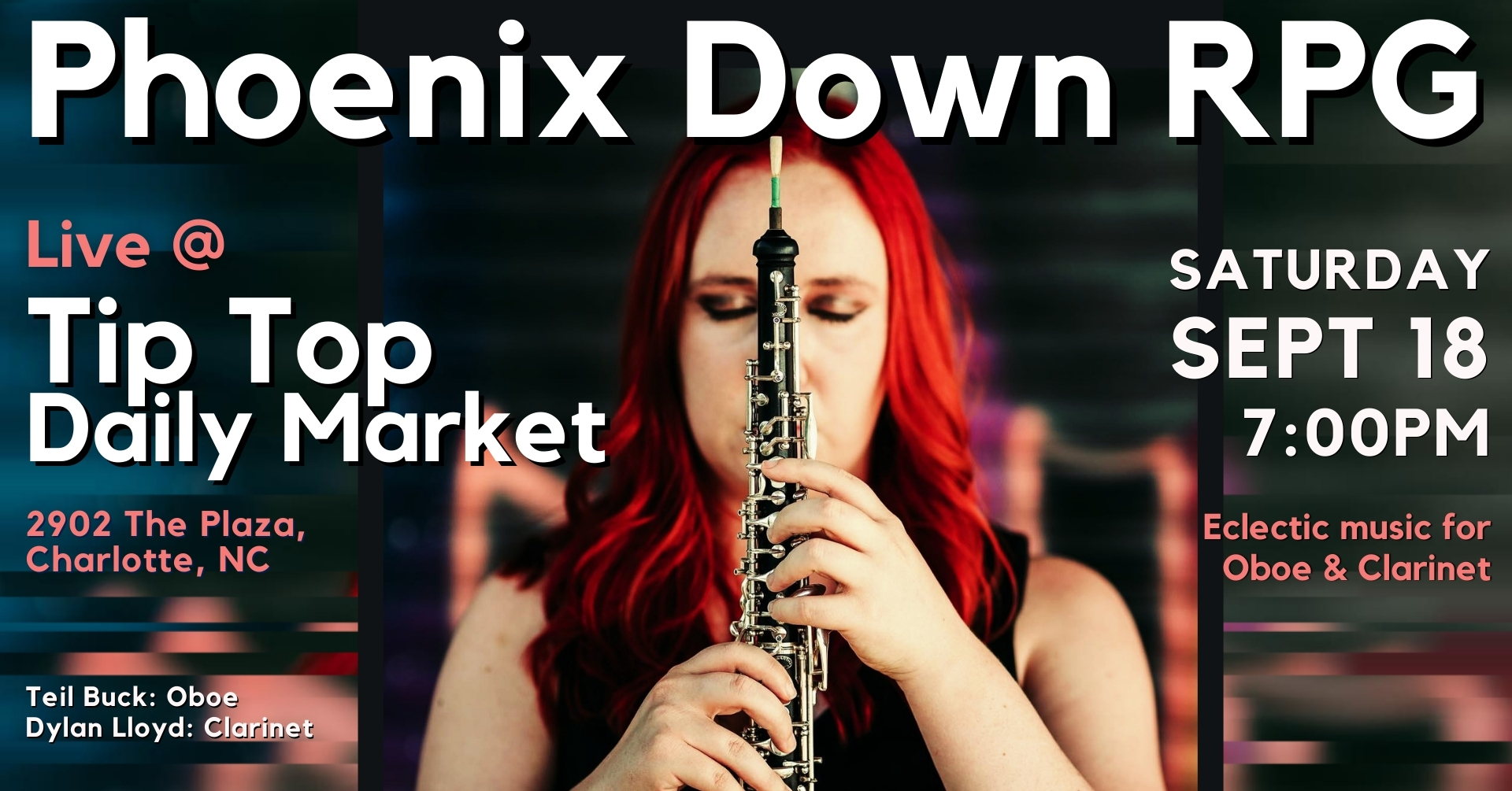 Join Dylan and Teil for a concert brimming with eclectic and fun new music works for Oboe and Clarinet!

Phoenix Down:
Engaging, dynamic, and innovative, Phoenix Down RPG challenges the boundaries of Classical Music bringing music into communities in unconventional settings. Originally rooted in the classical repertoire of Trio d’Anches, Phoenix Down RPG seeks to present lesser-known works and has started a series of commissions of new voices from underrepresented backgrounds.
The ensemble specializes in alternative classical music, new music, and geek chic. A favorite at pop culture conventions, Phoenix Down RPG arranges and performs music from classic video games and nerdy culture with classically infused flair. The ensemble has performed and presented panels at Ohayocon, Rathacon, CinCityCon, and GDEX. Additionally, Phoenix Down RPG strives to bring classical music influence into nerd culture by composing and recording albums of tabletop gaming music, such as Dragon Ballad Volumes I, II and III. In January 2019, the ensemble unleashed their latest thrilling performance of combining live tabletop gaming with interactive and improvisatory music at Ohayocon and in local breweries. Future performances include presenting at the International Clarinet Association virtual Summer Conference and premiering works as a featured guest ensemble at the Charlotte New Music Festival.