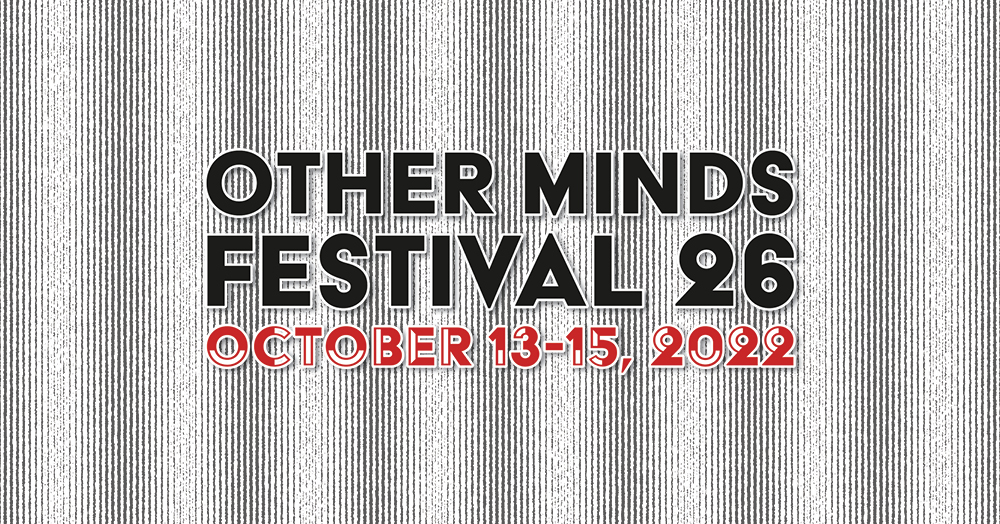 Other Minds Festival 26 brings together a cast of composers from locations both near and far for three nights of new music at San Francisco’s historic Great Star Theater in Chinatown, October 13-15, 2022. Panel discussions begin at 7:00pm and concerts at 8:00pm. Tickets are $55 general admission, $35 student, $135 general festival pass, $85 student festival pass.

Evening one will kick off with Pulitzer Prize-winning composer Raven Chacon taking the stage with legendary Bay Area experimentalist Guillermo Galindo, an electroacoustic violin performance by Japanese-American violinist and composer Mari Kimura, and a performance of music for voice and cello by the Bay Area’s own Theresa Wong.

Friday night we welcome to the stage three of our international participants, bassist and improviser Joëlle Léandre who will perform alongside vocalist Lauren Newton, and Swedish composer, instrument builder, and sound artist Hanna Hartman. The performance will conclude with the American premiere of Other Minds Executive and Artistic Director Charles Amirkhanian’s Rachet Attach It for 10 percussionists accompanied by altered recordings of player piano rolls recorded by the composer and performed by Rex Lawson.

Our final night will continue with the world premiere of a newly commissioned work for the duo of Kate Stenberg and Sarah Cahill by Norwegian composer Lars Petter Hagen and a piece for moving marimbas by Kui Dong. We’ll celebrate the conclusion of our festival with a US premiere of UK composer Dominic Murcott’s masterwork The Harmonic Canon, which will be performed by the Seattle-based arx duo on a half-ton bell designed specifically for the work.