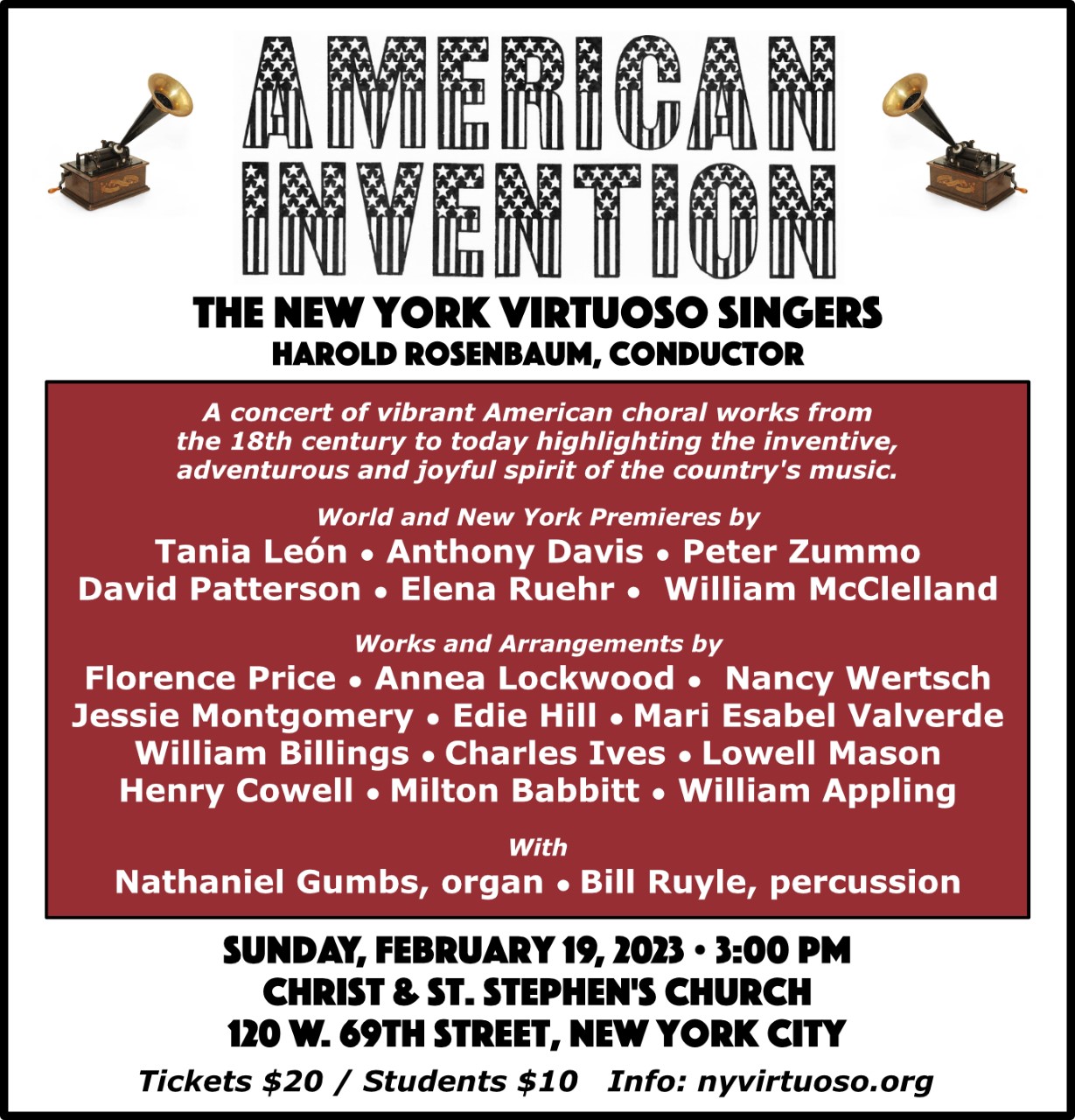 The program embraces the inventive and adventurous spirit that has been part of American music’s DNA since William Billings, the country’s first great native-born composer, published his first collection, “The New-England Psalm-Singer,” in 1770. This spirit infused the pioneering work of Charles Ives, one of the towering figures of 20th century music, the innovations in electronic and serial music by Milton Babbitt, and the musical explorations by many of the contemporary composers on this program. At the same time, the works do not sacrifice feeling and beauty for mere originality, and there are many moving, joyful and uplifting compositions that will be performed.