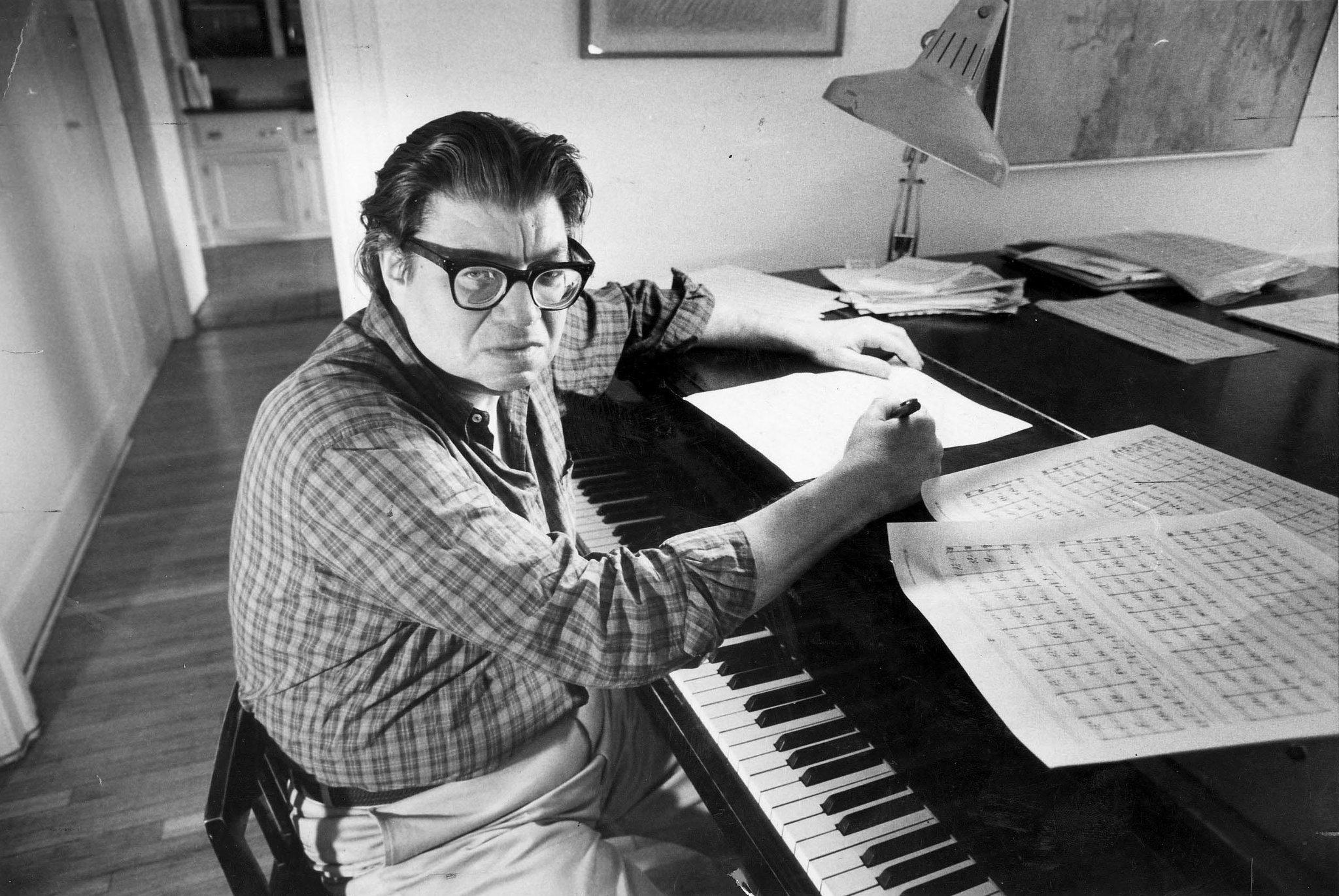 This piece heralds the composers late period, as Feldman himself described this work as the biggest butterfly in captivity. This statement refers to its vastness, the duration lasting over an hour and a half. Why these enormous lengths? Feldman says: Personally, l think the reason the pieces are so long is that form, as I understand it, no longer exists. My pieces aren’t too long, most pieces are actually too short…lf one listens to my pieces, they seem to fit into the temporal landscape I provide. Would you say that the Odyssey is too long?

Hailed by The New York Times as the nations most important quartet, the JACK Quartet is one of the most respected groups performing today. JACK is composed of violinists Christopher Otto, Austin Wulliman, and John Pickford Richards, and cellist Jay Campbell.

As part of BMCM+AC’s Morton Feldman Weekend, JACK performs Morton Feldman’s Piano and String Quartet. Composed in 1985 at the age of 59, it was among Feldman’s final major completed works. He wrote the composition with the Kronos Quartet and Takahashi in mind and the score was written out by hand, as he had done for most other compositions of that period. Less than two years after the premiere of Piano and String Quartet, Feldman died of pancreatic cancer at the age of 61. In a 1994 interview, David Harrington said the following about the Kronos Quartet’s work with the composer: Morton Feldman was unlike any other composer we’ve ever worked with. He wrote pieces that have a sense of time and a kind of realm that is very particular to his music. And I think Piano and String Quartet is one of his great, great pieces. It’s almost like feeling these incredible, warm, slow, beautiful drops of water over a long period of time. Not like a water torture, but for me a kind of sensual experience. You begin hearing the passage of time differently after listening to Morton’s music.

Morton Feldman (January 12, 1926 September 3, 1987) was an American composer. A major figure in 20th-century classical music, Feldman was part of the experimental New York School of composers that included John Cage, Christian Wolff, Earle Brown and David Tudor. One of his early teachers was Stefan Wolpe.

Early experiments in graphic notation and electronic music eventually led to fully notated pieces and his characteristic sound: rhythms that seem to be free and floating, pitch shadings that seem softly unfocused, a generally quiet and slowly evolving music, and recurring asymmetric patterns.

John Cage was instrumental in encouraging Feldman to have confidence in his instincts, which resulted in totally intuitive compositions. He never worked with any systems that anyone has been able to identify, working from moment to moment, from one sound to the next.

The works of Morton Feldman occupy a central place in the American experimental tradition, not just within the music world. Feldman was very often inspired by non-musical sources, including Persian rugs, abstract expressionist paintings by Mark Rothko, Willem de Kooning and Philip Guston, and texts of Samuel Beckett, John Ashbery and Frank O’Hara.

His later works, after 1977, explore extremes of duration. The sixty-minute Triadic Memories (1981) and the eighty-minute Piano and String Quartet (1985) are both incredible examples of Feldman’s later work that challenge our perception of time.