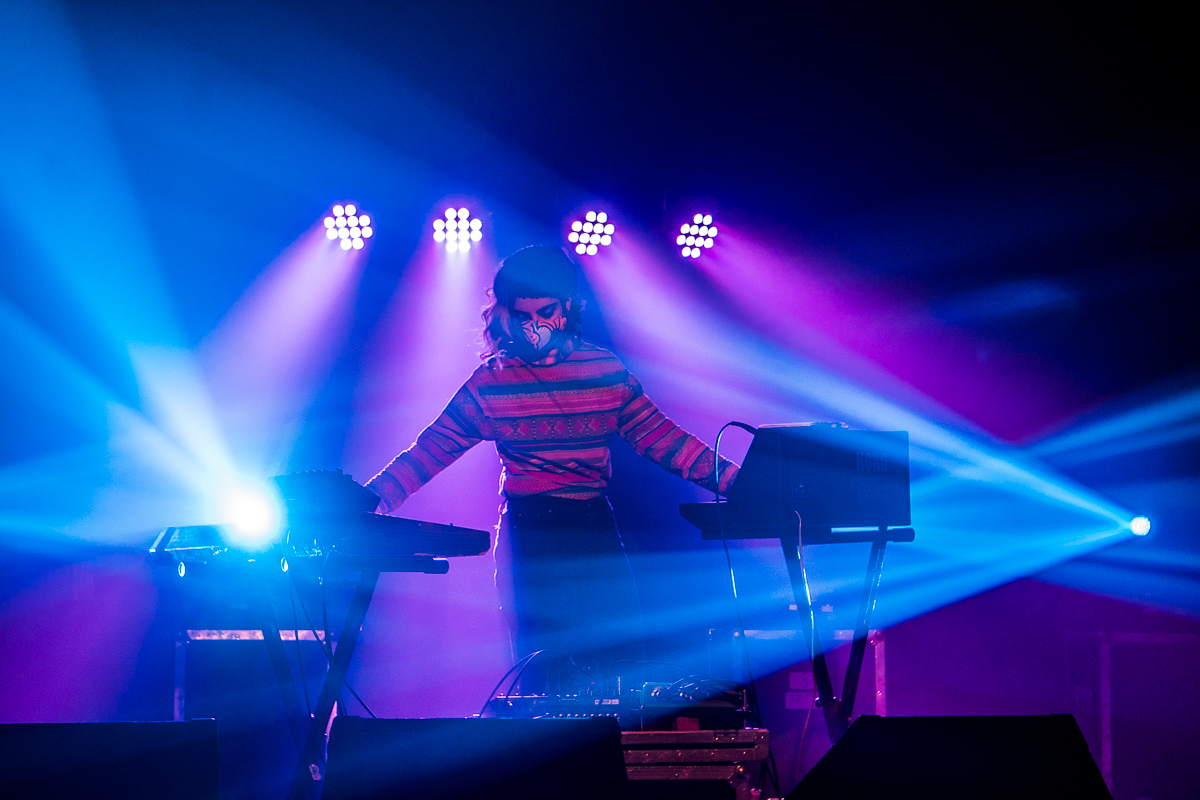 Natalie Chami is a proud Canadian-born Lebanese American who adopted the TALsounds moniker in 2009 for her explorations in the drone, ambient, and improvisational disciplines. Since choosing the TALsounds moniker, Chami has spent over a decade building a brilliant career as a solo artist in Chicago and beyond. Through her masterful synth work, operatic vocals, and nuanced sculpting of mood and atmosphere, Chami’s music strikes a balance between the extremely personal and the selflessly transportive. She spirals effortlessly through a never-ending carousel of solo improvisations and collaborations with other artists, and she seems to evolve with each performance, no matter how lofty and grandiose or humble and intimate those performances may be.

​
After a series of tape releases on labels like Hausu Mountain and Moog’s own physical imprint, Chami released her first TALsounds LP, Love Sick, with New York’s Ba Da Bing Records in 2017. Her second LP, Acquiesce, arrived in 2020 on NNA Tapes. Performed entirely by Chami and produced by Cooper Crain (Bitchin’ Bajas, Cave), Acquiesce is a perfect amalgamation of Chami as composer and improviser. Pitchfork said of Acquiesce that it “always goes deeper rather than bigger,” and that the songs “feel uniquely designed to pull you into them.” Other commentary on the music of TALsounds has appeared in publications including The Fader, which acknowledged that Chami “has spent the past decade developing a reputation as one of America’s most compelling DIY artists,” and the Chicago Reader, which named Love Sick one of the best albums of the decade and identifies Chami as “a crucial contributor and even one of the faces of the city’s contemporary avant-garde electronic scene.” talsounds.com