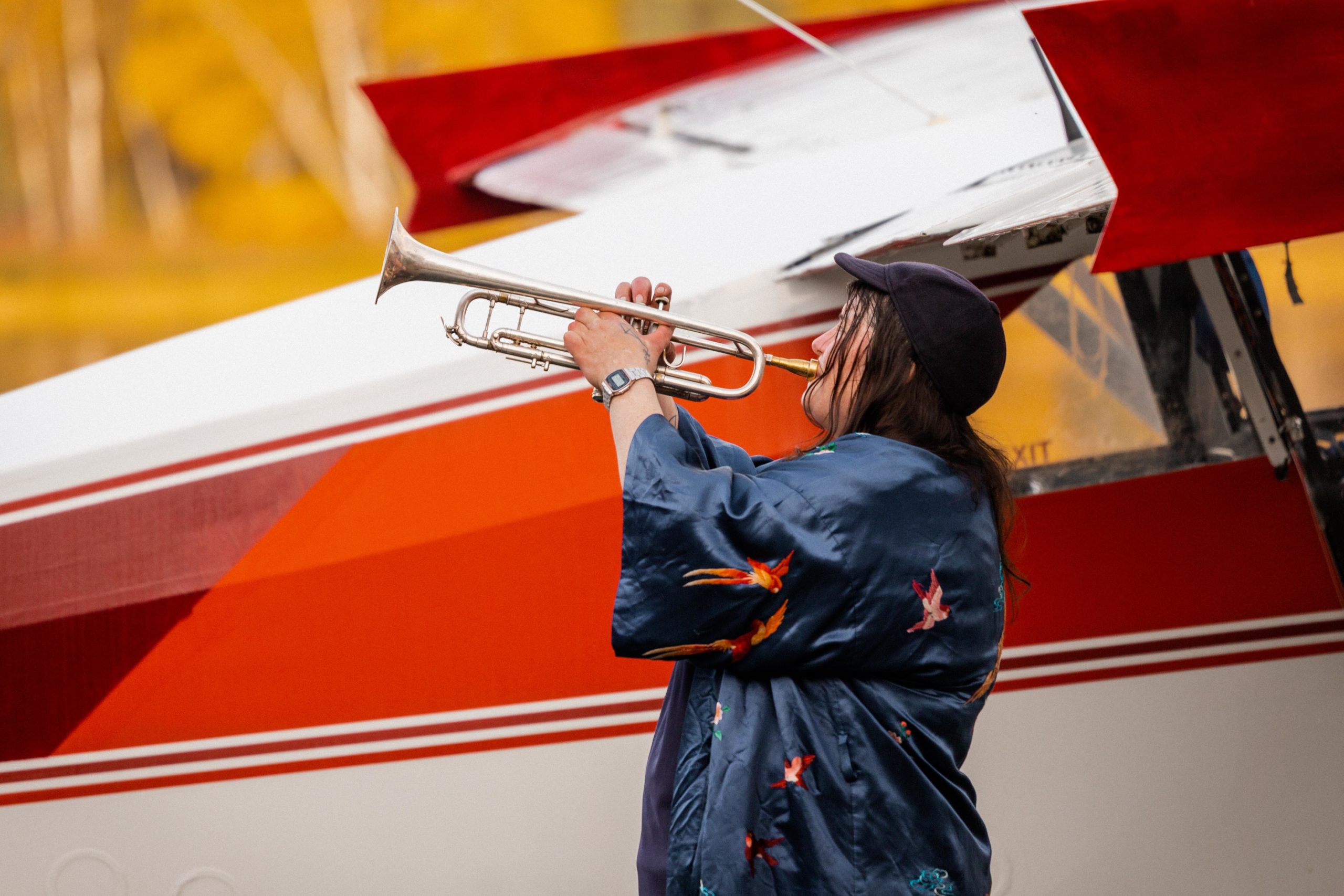 jaimie branch is a Colombian-American Brooklyn-based musician and artist working in the areas of improvisation and composition. Through her musical practice, her main interests lie in extending and expanding the technical limitations of the trumpet and the musical language of free jazz and improvised music. branch has a Bachelor of Music in jazz trumpet performance from the New England Conservatory of Music. Before moving to Brooklyn in 2015, she was an active member of Chicago and Baltimore creative music scenes as a performer, presenter, and recording engineer. She has collaborated with many musicians across the globe including: William Parker, Matana Roberts, Moor Mother, Rob Mazurek, Chad Taylor, Nicole Mitchell, and Tomeka Reid. Her own projects FLY or DIE and Anteloper have been met with critical acclaim by “The New York Times”, “The Wire”, “NPR”, “Sterogum”, “The Guardian”, and many others. jaimie has performed all over North America, Europe, and The United Kingdom at many festivals and venues such as The Chicago Jazz Festival, Berlin Jazz Festival, Vancouver International Jazz Festival, BOZAR Center for Fine Arts, The Kennedy Center, Bimhuis, Lollapalooza, and more. In 2020, branch became a Jerome Foundation at Roulette resident and recently won the inaugural 2021 Deutscher Jazzpreis for Wind Instruments International Award. branch is a storyteller who’s artistic output has continuously dealt with themes of social justice, gender and racial equality, and getting folks to wake the fuck up.