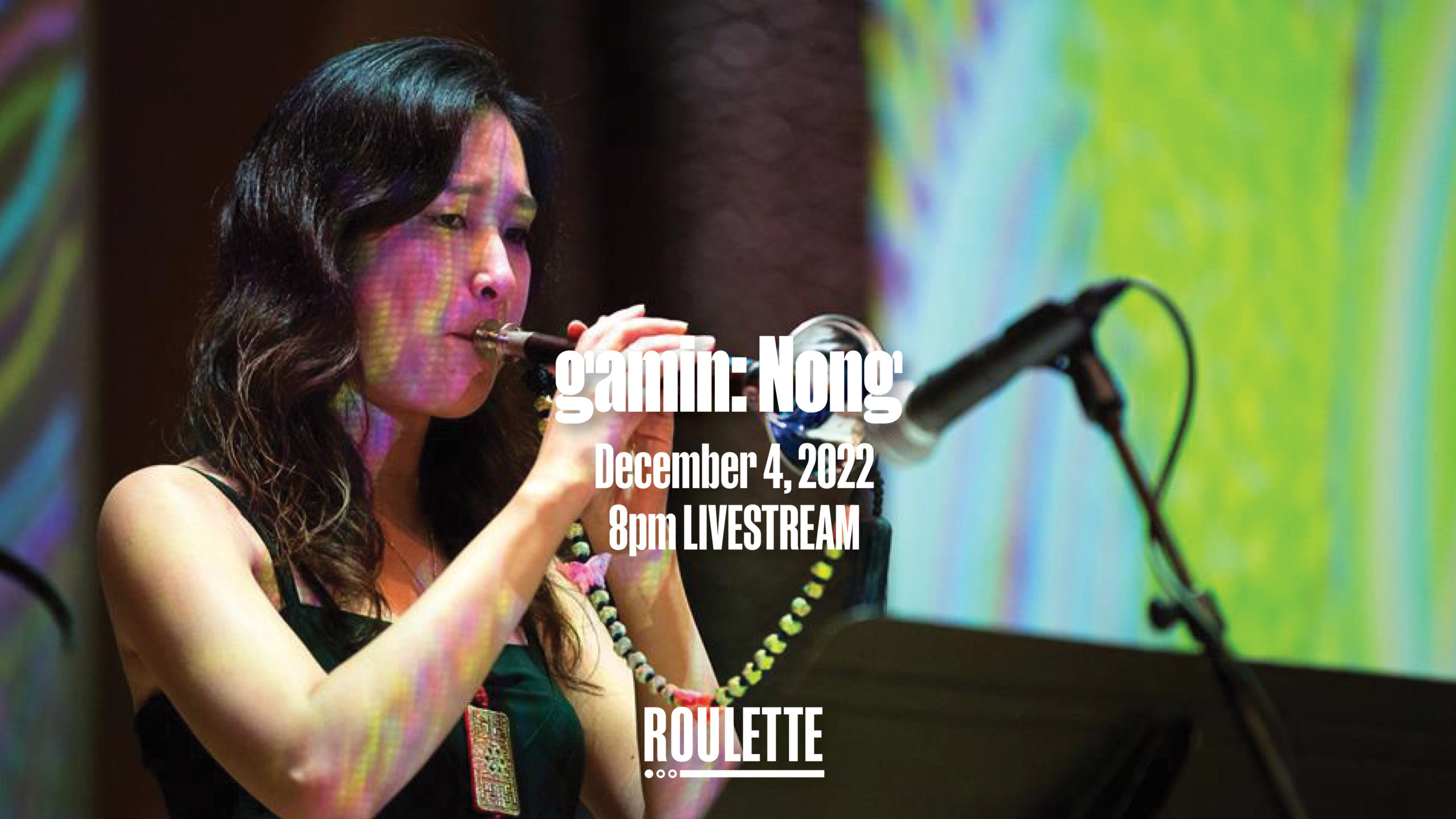 Nong is an ancient Korean term meaning “to play”—here, the joy of discovering new ways of playing when different cultures intersect. gamin, a Korean-born NYC-based multi-instrumentalist specializing in traditional Korean wind, along with her collaborators, places instruments and concepts from traditional Korean music alongside a variety of American musical elements.

With Nong, gamin and her collaborators—NY-based multicultural ensemble INTERWOVEN and electronic sound artist Yoon-Ji Lee—hope to diversify American audiences’ aesthetic understanding of East Asia, which is all too often painted in broad strokes. The musicians from South Korea, Taiwan, China and Japan will weave their sounds together in hopes that their collaboration would inspire peaceful and harmonious relationships amongst the North Eastern Asian countries despite their tumultuous history, as well as to inspire new generations of American composers and musicians to embrace the inherent multiculturalism of American music by bringing their crafts with rich traditions from around the world, and approach music-making with the distinct goal of bridging cultural divides.