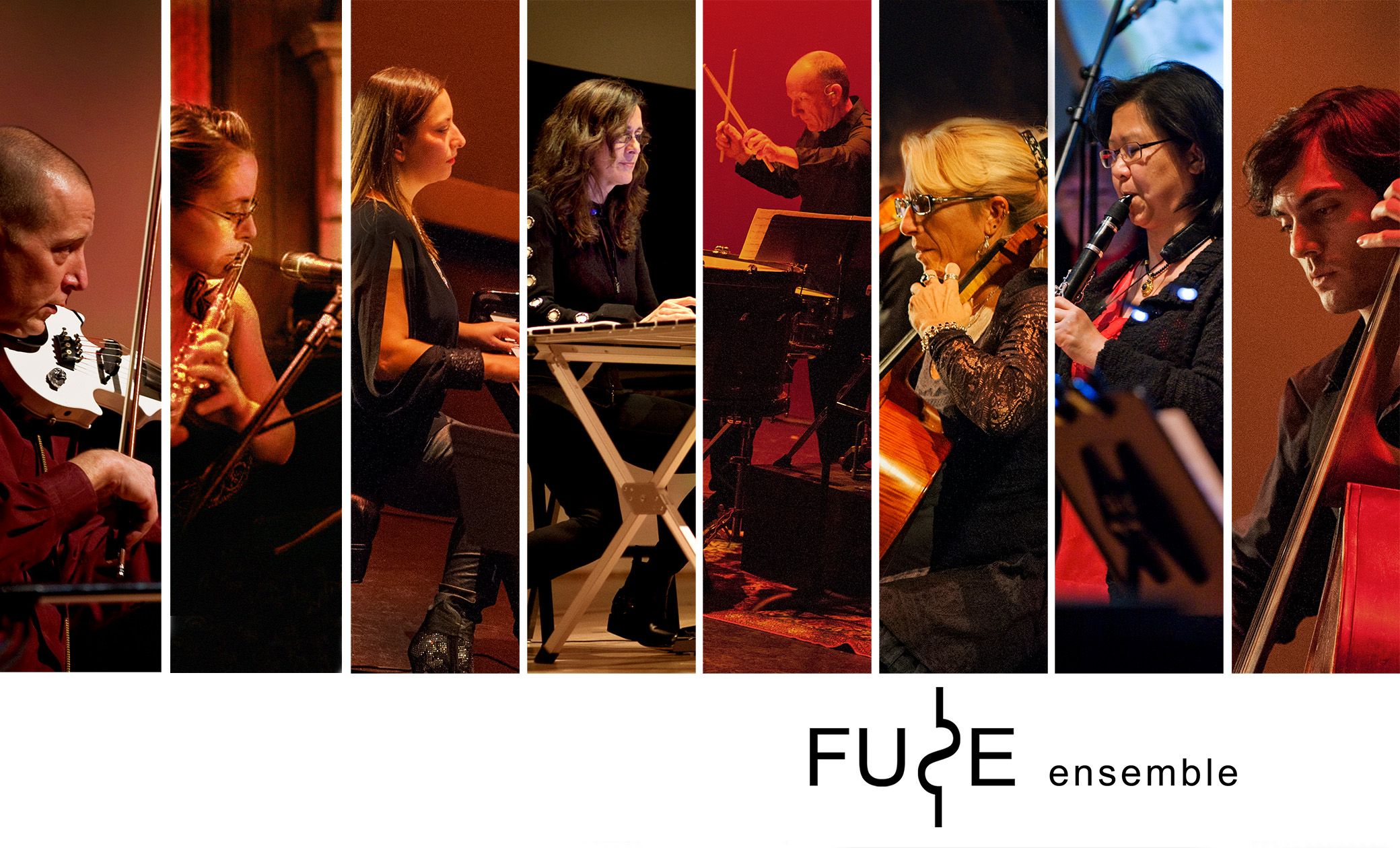 2023/2024 Concert Season
Fuse Ensemble Presents: Both Sides of the Mirror
Fuse Ensemble presents their newest season of work entitled Both Sides of the Mirror – a multimedia concert in two parts – beginning Spring 2023 and continuing through 2024. Both Sides of the Mirror: Side A explores reflection, imitation and the current mirroring of our world through technology. They ask the question: Are we seeing nature and humanity as simply raw material for our social media personas? We draw upon the ideas of Korean philosopher Byung-Chul Han, who posits that contemporary society is increasingly dominated by narcissism and self-reference, and “humans, in the place of building relationships with others, are increasingly mirroring themselves.”
In the second half of the concert, Both Sides of the Mirror: Side B examines the mystical, even psychedelic worlds that lie on the other side of the looking glass. Pulling inspiration from the ancient Chinese myth of the Fauna of Mirrors through “The Book of Imaginary Beings” (1957) by Jorge Luis Borges, music by Juan Carols Vasquez evokes the tale of when the mirror people invaded the earth, the magic arts of the Emperor imprisoned them in their mirrors and forced on them the task of repeating as though in a kind of dream, the actions of men.” They ponder the words of Lewis Caroll, “nothing would be what it is, because everything would be what it isn’t…” and Cocteau’s poetic language, “Mirrors are the doors through which death comes and goes. Look at yourself in a mirror all your life and you’ll see death do its work.”
Modern-day reflection, self-reference, re/presentation and portals to mystical dimensions are richly explored in Both Sides of the Mirror as Fuse Ensemble calls upon the audience to contemplate and explore along with them. Premieres of new music by David Dominique, Gina Biver, Ethan Foote and Steve Antosca were commissioned by the ensemble for this season, and works by Juan Carlos Vasquez and a vibraphone vs. artificial intelligence work by percussionist Scott Deal will be presented. In the visual realm, original video projections by Galacian filmmakers Sonia and Miriam Albert-Sobrino (known as the Also Sisters), and a playable sculpture/instrument by artist Jeremy Thomas Kunkel coalesce with new music to create a fully immersive and engaging concert experience.