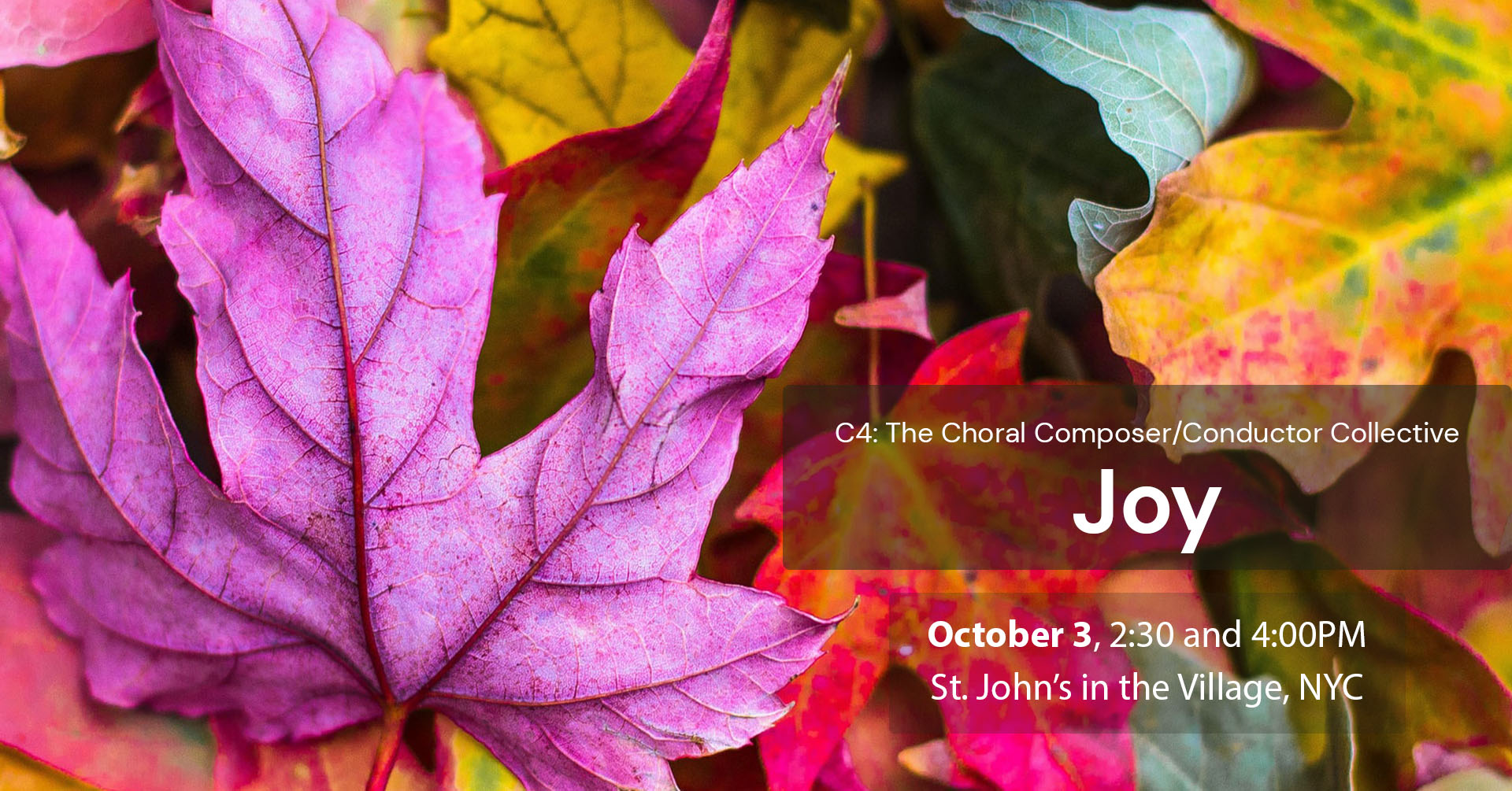 We are thrilled to announce that C4 is back! We’ll be performing our first in-person concert, Joy​, since March 4, 2021, in the beautiful garden at St. John’s in the Village. Join us for our musical reunion, and hear the best of new choral music in New York City!

Our program will include the following pieces:

We’ll be joined by saxophonist David Wozniak for this concert.

Weather permitting, this concert will be held outdoors, in the courtyard.

If it rains, we’ll have the concert inside the church, in which case all attendees will need to present proof of vaccination (vaccination card, NYC Excelsior Pass, Docket app, etc.), as well as a photo ID. The audience is required to be masked, whether concert is indoors or outdoors.

Attendance is limited to 50 people per concert. We’re also planning to livestream the concert, for those who can’t attend.