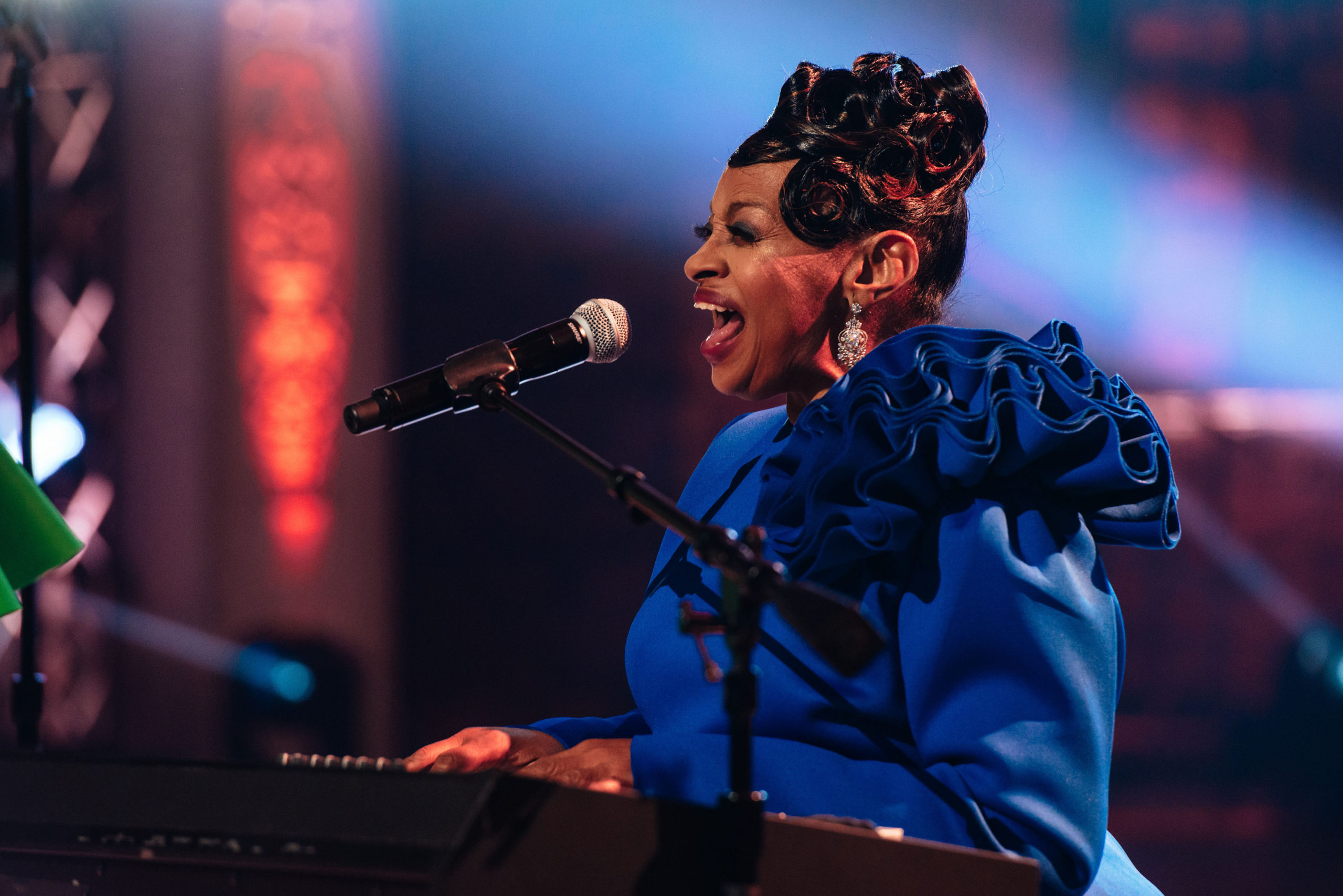 A celebration of Grammy Award-winning Gospel legend Twinkie Clark. Curated in partnership with musical polymath Damien Sneed, the evening will honor Clark aka the “Mother of Gospel Music” and the “Queen of the B3 Hammond Organ” with a program of performances of her compositions. Widely regarded as one of the most important gospel composers in history, Twinkie Clark will take to the Hammond to perform her own compositions solo and with special guests such as Grammy winner Karen Clark Sheard.

Dr. Elbernita “Twinkie” Clark is Detroit’s own Living Legend. She is a gospel singer, songwriter, record producer, musician, and evangelist. Twinkie as she is best known, has pinned over 350 songs. She is the leader of the American gospel singing group The Clark Sisters, which include her sisters, Jackie Clark Chisholm, Denise Clark Bradford, Dorinda Clark Cole and Karen Clark Sheard. She is known as the
“Mother of Contemporary Gospel Music” and The “Queen of the B3 Hammond Organ”, [3] and a member of the Hammond organ Hall of Fame. [4]

Along with her sisters and individually Twinkie is the recipient of multiple awards including Grammy, Dove, BMI, Stellar, Soul Train, Black Image, The James Cleveland lifetime Achievement Award and many others. She was recently honored by The Church Of God In Christ for her contributions to the music department and credited for giving the church its “COGIC Sound”.

Twinkie has also produced albums for several choirs and traveled the world abroad as an evangelist, workshop facilitator, and music educator.

She has had her compositions recorded and sampled by some of the Gospel greats and secular artist.

Twinkie credits her musical gifts to God and recognizes her mother, the late Dr. Mattie Moss Clark as her greatest inspiration. Twinkie also attended Howard University where she sharpened her musical skills.

Four-time GRAMMY® Award-winner and multiple Stellar and GMA Dove Award winner Dr. Karen Clark Sheard is a vocalist, songwriter, entrepreneur, wife and mother. She is also a gospel music legend and a part of a musical dynasty. Admired by a wide range of vocalists from various genres, Dr. Sheard is renowned throughout the music industry for her signature, one-of-a-kind multi-octave vocal range and ability. Her musical style with the legendary Clark Sisters and as a solo artist has inspired a host of today’s brightest pop divas, gospel singers and songwriters.

As a voice assigned to this day and age, Dr. Sheard travels the world preaching and teaching the gospel of Jesus Christ! With power, grace, and assurance, she delivers a message of hope to the hopeless – a message of peace where there is confusion, a message of love where there is hate, and she introduces Jesus Christ to those that don’t know Him. She takes pride in being a vessel used by God almighty and takes her assignment serious- ly to ensure that she is a living, breathing example of Psalm 19:14 which reads “Let the words of my mouth, and the medi- tation of my heart, be acceptable in thy sight, O Lord, my strength, and my redeemer.”

Sneed’s most recent studio recording is Damien Sneed: Unplugged, an all- gospel collection of soulful and inspirational songs, recorded in a spare studio setting with Sneed on piano and vocals alongside several noted vocalists, including Chenee Campbell, Linny Smith, Tiffany Stevenson, and Matia Washington. In January 2020, Sneed released his debut classical album, Classically Harlem and We Shall Overcome Deluxe on his boutique label, LeChateau Earl Records, which was established in 2009 to reflect his varied musical interests. Previous recordings also include Jazz In Manhattan (September 2019); The Three Sides of Damien

Sneed: Classical, Jazz and Sanctified Soul (July 2018); Broken To Minister: The Deluxe Edition (March 2015); Spiritual Sketches (June 2013); and Introspections LIVE (January 2010). Sneed is a 2020 Dove Award winner for his work as a featured producer and writer on The Clark Sisters’ project, The Return, released on March 13, 2020.